Senior Afghan security officials as well as the US and NATO Forces Commander in Afghanistan Gen. Scott Miller travelled to Ghazni on Tuesday to review situation in the province

Ghazni police in a statement on Tuesday said that the senior NATO and Afghan officials attended a high-level security meeting in the third brigade headquarter of the Afghan National Army in Ghazni where they praised the success of Mobeen operation which was launched by security forces on Friday. 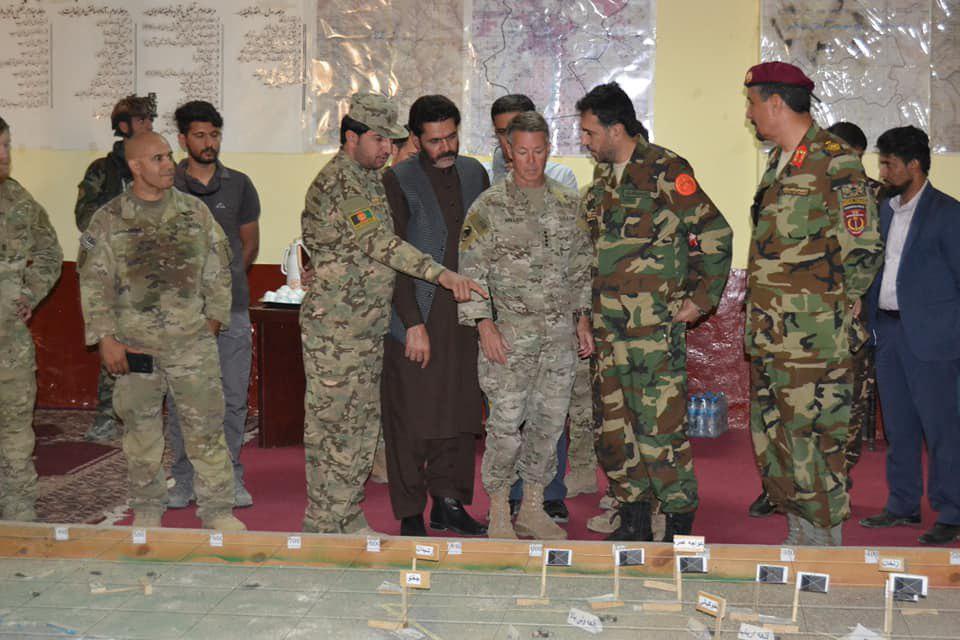 The statement added that the officials discussed key security issues, including securing district routes, increase of joint security bases at Taliban controlled and high security threats areas in Jaghatu district and also in Dara Qeyad area of the district as well as providing security for election in other districts.

This is the fourth visit of senior NATO and Afghan military officials to Ghazni province this year.