Khan spoke at the Council on Foreign Relations in New York, before he met with U.S. President Donald Trump on the sidelines of the U.N. General Assembly.

“Stability in Afghanistan means stability in Pakistan,” Khan said on September 23 at the start of his meeting with Trump on the sidelines of the UN General Assembly in New York. 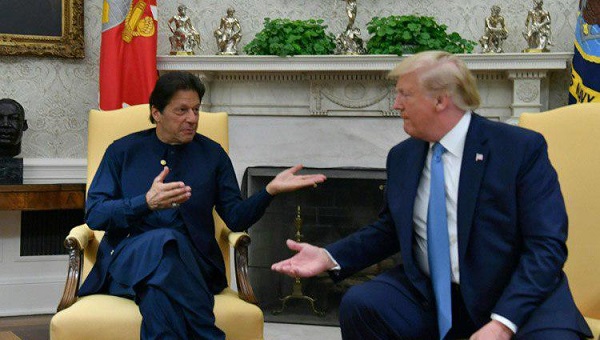 Trump said it was “ridiculous” that the United States had been fighting in Afghanistan for 18 years, but he made no promises about restarting negotiations with the Taliban, saying, “We’ll see.”

Khan stressed Monday that Pakistan had played a role in arranging the U.S.-Taliban dialogue to help bring peace to neighboring Afghanistan.

“The peace deal was just about to be signed,” before Trump canceled the talks, insisted the Pakistani leader. Khan added that his country had not been informed about Trump’s decision, which he said he only learned about through the media.

Monday’s meeting with Trump is Khan’s second since he visited the White House July 22 for his first interaction with the American president. Officials in both countries say the July meeting has helped improve bilateral ties.