President Ashraf Ghani said the negotiations with the Taliban were only one component of the peace process and added that a growing Afghan economy will lead the country toward a sustainable peace.

Speaking at the inauguration of the Afghanistan Chambers Federation (ACF) on Monday, Ghani said a sustainable peace will not be established in absence of a coherent economic agenda.

During a cabinet meeting earlier on Monday, the ministers, referring to the Taliban attacks on security and defense forces and civilians, noted that such actions were contrary to the agreement reached between the Taliban and the U.S. in Doha.

They emphasized on establishing a ceasefire to achieve lasting peace that the Afghan people want. 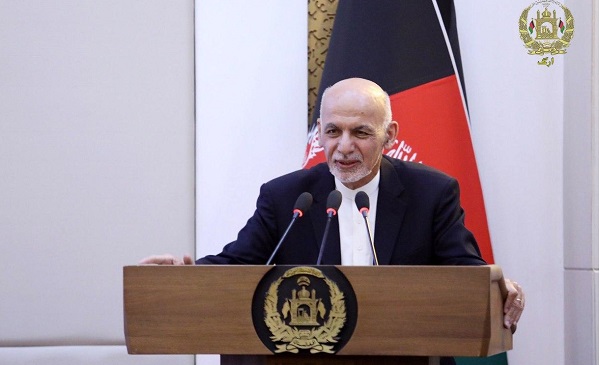 The cabinet members also thanked acting Foreign Minister Haneef Atmar for his efforts to build a regional and international consensus for start of the peace talks, and stressed the need to continue this process.

The cabinet members discussed the budget the next fiscal year with respect to the balanced development of the provinces, the capacity and effectiveness of expenditures with economic analysis of projects, revenue growth and revision of the classification of provinces based on growth.

They discussed implementation of the Security Pact and its achievements in reducing crime in coordination with government departments.

The newly established federation will act as the umbrella organisation for other chambers.

Mohammad Ismail Ghazanfar, the chairman of ACF said the private sector overcame a phase of fragmentation and now will be able to function coherently.

The World Bank approved a $100 million grant on Monday, to help Afghanistan stabilize its financial…