While speaking to Reporterly, a spokesperson for Kabul Police Firdows Faramarz said, “Dozens of local residents protested after the attack carried out on Green village compound in PD9 Kabul city.”

He did not provide further details about the protest. It is being reported that, the protestors want foreign offices and compounds to be taken out of residential areas. 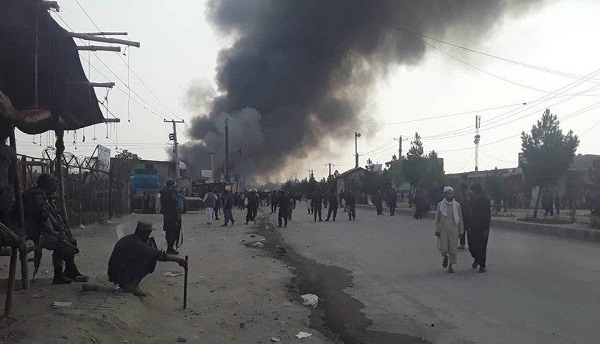 Meanwhile, the Brashna company said that as a result of the car bomb blast the 2-kV electricity line of E41 and E19 were destroyed in the area along with the electricity in some parts of Pul-e-Charki Industrial Parks, 1st Macroyan, Andimarak and Pol-e- Mahmood Khan areas was cut off.
buy nolvadex online https://hospitalchiriqui.com/wp-content/themes/twentytwentythree/assets/fonts/inter/txt/nolvadex.html no prescription

Meanwhile, at least 16 people were killed and 199 were injured in the bomb attack as reported by the Ministry of Interior.

At least five attackers were involved in the attack on Green Village compound in Kabul who were killed after Special Forces arrived in the area, ministry of interior added.

The Taliban has claimed responsibility for the deadly car bomb explosion that rocked the Afghan capital Kabul on Monday night.

Security officials reported that 40 Taliban insurgents were killed and injured in Baghlan province. Ministry of…

Taliban shadow district governor for Gurziwan district, along with two other insurgents have been killed in…