Despite the announcement of reopening of the Pak-Afghan border by Pakistani Prime Minister Imran Khan on March 20, over 1,700 loaded vehicles are still stranded, increasing the chances of COVID-19 outbreak in the border areas.

The issue was highlighted by the All Pakistan Customs Bonded Carrier Association (APCBCA). 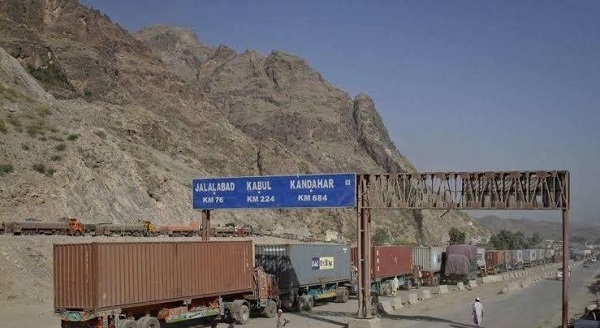 APCBCA said that around 5,600 drivers/cleaners are stranded at both sides of the Pak-Afghan border for the last about 30 days, and no COVID-19 case has so far been reported among them.

MoHRA Calls on People to Avoid Mosques During COVID-19 Lockdown

Vulnerable Countries Could Become Next Coronavirus Hotspots Including Afghanistan

As coronavirus spreads around the globe, health experts and aid groups fear some of the world’s…

India Decides to Temporarily Close Its Consulates in Jalalabad & Herat