The Afghan ministry of defense released a statement to inform Taliban terrorists attacked some security checkpoints in Muqur district of Ghazni Province and their attack was met by Afghan National Defense and Security Forces’ repulse. As a result, 10 Taliban terrorists were killed & 12 were wounded.

MoD also added that on the other hand, terrorists attacked some of outposts in Ab-Kamari district of Badghis Province but they confronted with an intense response by Afghan National Defense and Security Forces, 5 Taliban terrorists were killed and many of them were wounded. 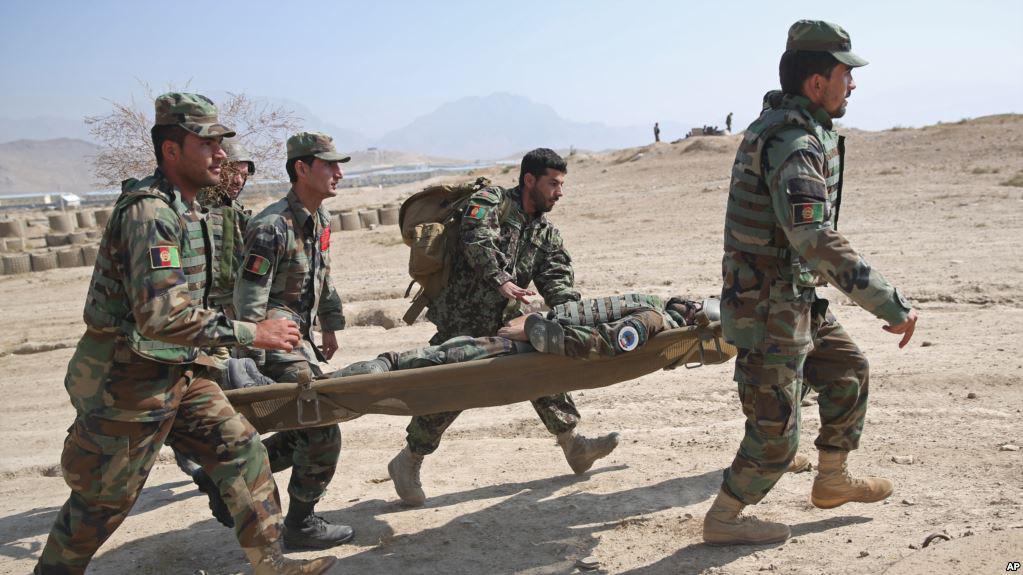 ”Unfortunately with great sadness we are anouncing that during clashes in Muqur & Ab-Kamari we have lost four Afghan National Army heroes who fought with bravery and courage. We shall also mention 4 other ANA soldier sustained injuries”, the statement continued regarding casualties faced by ANA personnel.

It was added that the injured soldier was transferred to Afghan National Army health facilities and all bodies of the martyred soldier have been transported to Kabul.