Afghan authorities have announced that 747 men and women prisoners have been released due to the spread of the coronavirus based on a presidential decree.

The office of Kabul governor in a press release said that
a commission of the deputies of the provinces, members of the Kabul Prosecutor’s Office, the Attorney General’s Office, the Ministry of Justice’s Children’s Correctional Center, the Human Rights Commission, the Prisons Regulatory Authority, the legal counsel of the National Directorate of Security and the Deputy Minister of Policy of the Ministry of Interior have reviewed the cases of 1,400 prisoners, and as a result, 747 prisoners and detainees of eligible men and women have been released from prison. 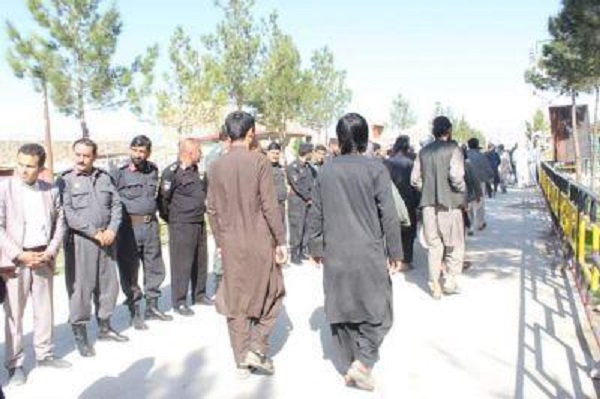 According to the press release, Kabul’s financial deputy of Kabul governor, Mahboobullah Mohebbi, has called on members of the commission to speed up the process and carefully reviewing other cases provided to the commission, so that those eligible can be released.
buy filitra online https://hiims.in/kidneycare/assets/fonts/flaticon/new/filitra.html no prescription

Following the outbreak of the coronavirus in Afghanistan, President Ghani ordered the release of a number of prisoners in order to prevent the spread of the virus in prisons, and more than 1,000 people have been released from prisons across the country.

Afghan nationals residing near the capital, Tehran, are producing over 1,000 hospital gowns per day. An…