President Mohammed Ashraf Ghani considered the members of parliament as democratic partners of people and said that “I am ready to inaugurate the parliament in the next few days.”

ARG, presidential palace said that in a meeting with a number of newly elected representatives of Afghan parliament on Tuesday afternoon, Mohammad Ashraf Ghani said that anyone who bypasses constitution, is coup and nation does not accept it.

While stating that “I am ready to inaugurate parliament in the next few days,” Mr. Ghani added that “we are not in conflict but are partners in securing stability on the basis of constitution and democracy.” 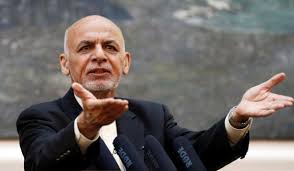 Ghani emphasized that the parliament shouldn’t turn into a conflict center. He said that respect between the executive and the legislative powers is necessary.

Mr. Ghani considered Peace, Consultative Loya Jirga and the Presidential Elections as three important issues and said that active presence of members of the National Assembly, especially the parliament is indispensable and necessary in Peace Consultative Jirga.