Kabul: Reiterating that peace is the only way forward for the war-ravaged country, the United States’ special envoy for talks with the Taliban, Ambassador Zalmay Khalilzad, testified to the US Congress on Tuesday and said that peace is still possible in Afghanistan as US begins withdrawing its remaining troops and violence continues to escalate in the country.

Khalilzad is a key figure in the Afghan peace process as he has been responsible for leading 18-months of talks between the US and the Taliban in 2018-19 that resulted in the withdrawal agreement.
buy tadalafil online https://royalcitydrugs.com/tadalafil.html no prescription

Khalilzad has stated that working with the Taliban is conditional. “If they do want US assistance, they want international acceptance … those things will be all affected by how they treat their own citizens, first and foremost the women of Afghanistan, children and minorities,” he told the senators.

US Secretary of State and security experts are of the view that a hasty withdrawal from Afghanistan might lead the country into a civil war and possible takeover by the Taliban. Also, the Taliban has warned the global community that if withdrawal does not take place by May 1, the deadline set as per the Doha Agreement, it will continue on the path of violence.

However, Khalilzad expressed optimism stating that he does not believe that the government is going to collapse or that the Taliban is going to take over. The envoy said keeping US forces in Afghanistan did not make sense, as the conflict could not be solved by continued fighting. “The choice that the Afghans face is between a negotiated political settlement or a long war,” Khalilzad said. 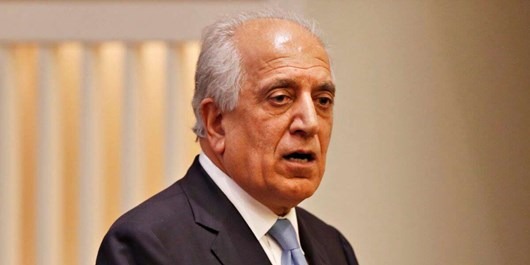 This comes even as the US State Department advised has US citizens “wishing to depart Afghanistan to leave as soon as possible” and ordered non-essential US embassy workers to leave the country, saying “travel to all areas of Afghanistan is unsafe”. Ross Wilson, Chargé d’Affaires to the Islamic Republic of Afghanistan, said, “In light of increasing violence and threat reports in Kabul, the US State Department has approved ordered departure status affecting a relatively small number of employees at the US Embassy in Kabul effective immediately. The vital work we are doing in support of the Afghan people will be able to remain in place”

US President Joe Biden had earlier this month announced withdrawal of troops from Afghanistan by September 11, ending the 20-year war. The US had about 3,500 troops in Afghanistan alongwith 7,000 NATO forces as well as about 16,000 contractors. Khalilzad said the deal he signed with the Taliban last year includes the agreement to withdraw US contractors supporting Afghan forces on the same timetable as the US troop exit. Khalilzad said the US is helping the Kabul government find contractors to replace the departing American ones.