Kabul: In a big development for the peace process, Atta-ul-Rahman Salim, deputy of the High Council for National Reconciliation (HCNR), said on Wednesday that the Taliban had worked on a peace plan, a draft of which had been shared with the council.

He, however, did not elaborate upon the plan.

Speaking at a ceremony marking the anniversary of the Mojahedin victory, Salim said that the draft peace plan of the High Council for National Reconciliation had been prepared after consideration of several plans and had been sent to the council.

Salim called the draft peace plan of the High Council for National Reconciliation, which had been prepared and submitted in the second week of April, comprehensive and consistent with the objective realities of Afghan society and expressed hope that the integration of this plan with the Taliban peace plan would lead to a single plan in which all parties could achieve their worldly and hereafter happiness and righteousness. 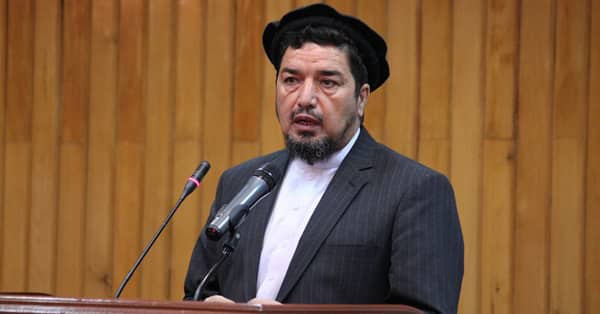 The deputy head of HCNR stressed that combining the two plans would not be a difficult task, unless there were agendas and missions behind the scenes to sabotage and destroy the much-anticipated Istanbul Summit.

Salim said that they will participate in the meetings related to the peace of Afghanistan with the authority of the HCNR with a single plan and authority.

The Taliban have not yet released their version and had refused to participate in any peace talks till all the foreign troops are withdrawn from Afghanistan. The Istanbul Summit, scheduled for April 24, had been postponed indefinitely due to non-availability of Taliban.