The senior Pakistani military commanders discussed the progress of the Afghan peace talks in the aftermath of the Loya Jirga (Grand Assembly of Tribal Elders) which recently concluded in Kabul.

According to the Pakistani media, the Inter-Services Public Relations (ISPR), the media wing of the Pakistani military, in a statement said the 234th Corps Commanders’ Conference discussed the progress of Afghan peace process among other regional issues. 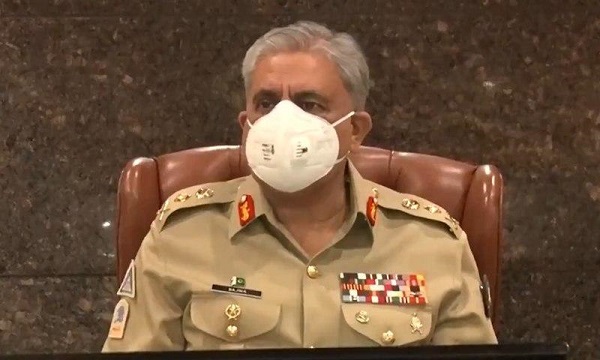 “Forum appreciated the progress of Afghan Reconciliation Process and hoped for early commencement of intra-Afghan dialogue,” the ISPR statement added.

Gen. Qamar Bajwa, the Chief of Staff of the Pakistani Military, chaired the meeting of the top Pakistani military commanders on the issue.

The consultative Loya Jirga on Afghan peace process concluded earlier this week in Kabul with President Ghani signing a decree on the recommendation of the Jirga to release the remaining 400 Taliban prisoners.

21 Civilians Killed in 10 Days in Arghistan District of Kandahar: AIHRC

The Afghan officials took delivery of Iran’s medical aids in Mazar-i-Sharif, the provincial capital of Balkh,…