Coinciding with the 101st anniversary of Afghanistan’s independence, the Ministry of Interior announced that the casualties of Tuesday’s rocket attack in Kabul city had increased to three killed and 16 wounded.

While COVID-19 dampened the scale of celebrations, the government had still taken special measures to hold small ceremonies across the provinces amid heightened security.

While in most provinces, the day went without any security incidents, Kabul witnessed widespread rocket attack from moving vehicles, despite the special security measures and the heavy presence of forces on the roads.

Ministry of Interior spokesperson Tariq Arian said on Wednesday, that three people had been killed and 16 wounded in the incident. 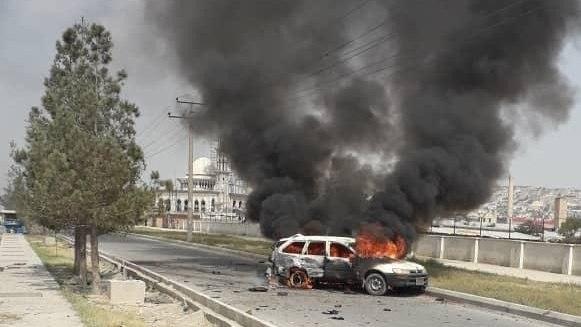 The fatalities included two government employees and six civilians were among the injured, including four children and a woman.

Arian said 14 rockets were fired from two high-speed vehicles in Kabul’s District 1, 2, 9, 10 and 16, at around 9:35 am. He said most mortar shells hit residential houses.

He added that suspects had been arrested from PD 17 in connection with the incident.

Witnesses also reported that some rockets had struck near the presidential palace and the Wazir Akbar Khan neighbourhood which lies in the diplomatic area.

Later in the day, IS-K has claimed responsibility for the rocket attack, but the Ministry of Interior had blamed the Taliban.

The Afghanistan Independent Human Rights Commission (AIHRC) said on Wednesday, they were concerned about the casualties…

U.S. Special Representative for Afghanistan Reconciliation Zalmay Khalilzad said that Afghan leaders from both parties, would…