The two sides discussed a wide range of issues of mutual interest, aspects of bilateral ties and the upcoming events.

At the outset, Ambassador Blake recalled with sympathy the recent security incident in Kabul that claimed many innocent lives, calling it “a terrible attack against civilians”. She reiterated her country’s commitment to supporting Afghan National Security Forces (ANSF). 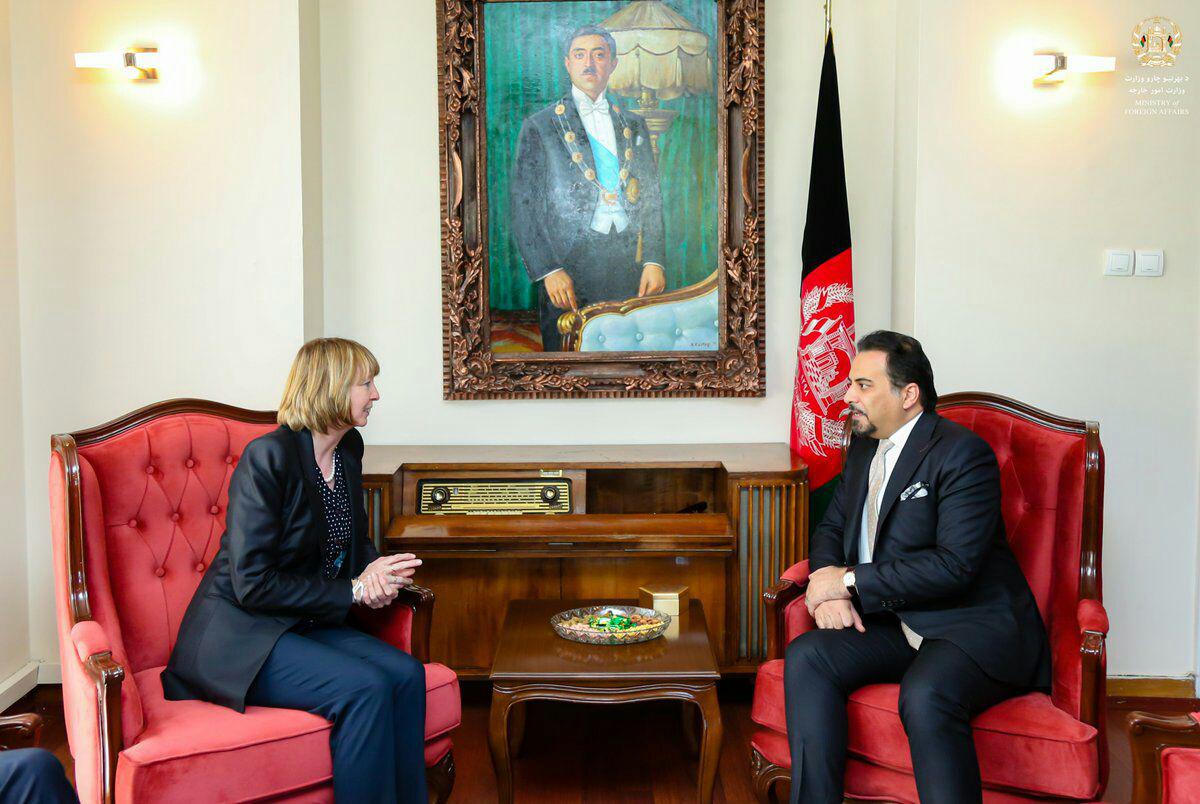 The meeting focused on the peace process and related issues, including the regional dynamics and the role of the relevant countries in the process, the presidential elections, and the upcoming UN General Assembly and its side events.

The British Ambassador, expressing optimism over successful holding of the upcoming elections said Britain is committed to the Afghan electoral process.“There is no reason why it shouldn’t be a good election”, said Ambassador Blake.

Deputy Minister Zaman and Ambassador Blake discussed Britain’s role in Afghanistan both as an important partner and a NATO member.