General Tod Wolters, who leads US European Command says that NATO will remain a strategic partner with the Afghan security and defense forces.

Gen. Tod Wolters made the remarks in a meeting on Wednesday afternoon with president Ghani, Presidential palace in a statement said.

In the meeting, Gen Wolters reiterated NATO’s commitment to continue supporting the Afghan national and defense security forces and added that they fight alongside Afghan security forces for the common goals.
buy eriacta online https://farmerslabseeds.com/wp-content/themes/pridmag/inc/dashboard/css/new/eriacta.html no prescription 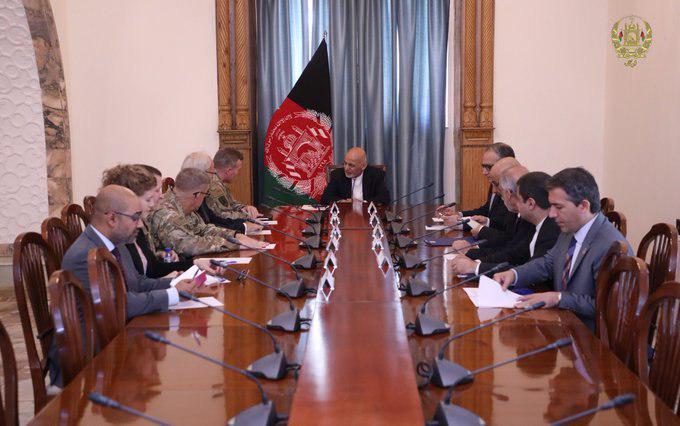 President Ghani also in the meeting emphasized that: “Our partnership with NATO is strategic and sustainable, and any increase or decrease in the number of international forces will depend on the situation.”

Referring to the Afghan peace process, he stressed that peace is a priority and that the government will develop a roadmap for peace and implement it considering its threats and consequences.

Ghani highlighted that any wrong approach towards achieving peace could have bad consequences, as peace and security in Afghanistan faces enemy threats, and the process needs to be carefully planned.

The Afghan government is committed to a peace process that leads to the end of the war and does not harm any part of republic system, said Mr. Ashraf Ghani.

President Ghani once again accused the Taliban of their lack of willingness to ceasefire and peace, saying that the Taliban must clarify to the Afghan people about their relationship with Pakistan, drugs, al-Qaeda, IS-k and dozens of other terrorist groups.

He also said that, without safe haven in Pakistan soil, Taliban cannot continue to exist and their claim that the group control most of Afghanistan’s territory is completely baseless.

Ghani emphasized that peace cannot be achieved without elections, and the Taliban have shown hostility to national trends, including elections.