Iran reiterated its support for the peace process in Afghanistan and said the conflict should be solved through talks during the virtual Senior Officials Meeting (SOM) of the Heart of Asia – Istanbul Process on Tuesday.

“We support the peace process by Afghans with the participation of all Afghan groups, including the Taliban, and without any foreign influence and interference,” said Seyed Rasoul Mousavi, Assistant to Iranian Foreign Minister and Foreign Ministry’s Director-General for West Asia.

Nab welcomed the participants and thanked the countries and member organisations for supporting the Afghan peace process and the fight against COVID-19. 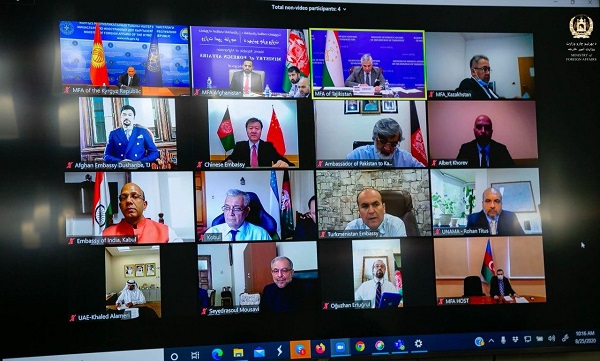 He called for the cooperation and coordination of the member countries for the success of the peace process, referring to the decision of the Loya Jirga, the prisoner exchange and the humanitarian ceasefire.

“He called for the start of inter-Afghan talks between the Islamic Republic and the Taliban,” the press release by the Ministry of Foreign Affairs said.

Addressing the event, the Iranian official said that the problems in Afghanistan cannot be solved militarily and called the peace talks as the only way to reach an acceptable political solution.

“We are ready to help strengthening the peace negotiations by the help of our capacity and capability upon the demand of participants,” Mousavi said.

Tajikistan also spoke about the importance of cooperation among the countries and organisations for the peace process.

Dushanbe will host the 9th Conference of Foreign Ministers of Heat of Asia at the end of the year.

The Istanbul conference’s main goal for Afghanistan is to strengthen the regional and international consensus on the peace process.