With at least 70 people killed and over a 100 injured so far, the casualties of the flash floods in Charikar, Parwan continue to rise with search operations underway on Wednesday.

The State Ministry for Disaster Management and Humanitarian Affairs said in its initial report that over 300 homes were destroyed in the floods along with acres of agricultural land.

Many of the houses in Charikar were built in an area prone to flooding.

President Ashraf Ghani was “deeply affected” by the loss of lives and financial losses caused by the flash floods and directed relevant agencies to provide emergency assistance to the flood victims. 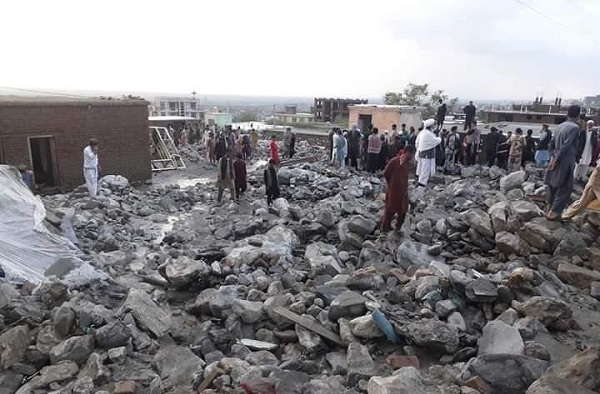 “Due to the large amount of damage caused by floods, the provincial disaster management committee cannot reach it [affected areas]. We have instructed all relevant government departments in Kabul to help in coordination with the State Minister of Disaster Management.”

“Be assured that all material and technical resources available to the government will be used to help you and care for the victims,” Saleh added.

Minister Ghulam Bahauddin Jilani, of the State Ministry of Disaster Management, also spoke to the Parwan governor and pledged assistance.

The MoD has provided bulldozers, loaders and other machines to clear the roads so that other humanitarian aid can reach the disaster-struck areas.