Jürgen Stock Secretary General of Interpol Police, who traveled to Kabul said that, they are devising a plan based on which Interpol will share information with the Afghan government to track down and prosecute organised and trans-regional criminals, and identify drug trafficking and money laundering networks.

Jürgen Stock made these remarks in a meeting with president Ghani on Wednesday morning.
buy clomid online gaetzpharmacy.com/clomid.html no prescription 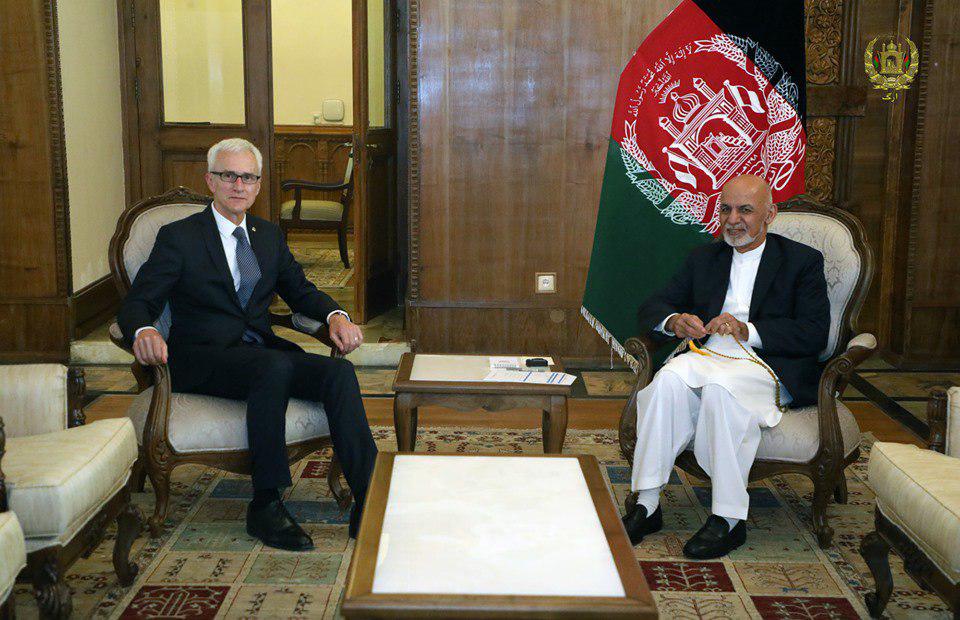 Mr. Stock while stating that terrorism, drug trafficking and money laundering are common challenges for all countries, promised that the relation between Interpol and Afghanistan will improve.

He emphasized that identification and elimination of the financial and monetary resources of drug trafficking and money laundering networks and organised and trans-regional offenders should be done.

President Ghani in the meeting expressed that, “Albeit terrorism, drug trafficking and money laundering are similar and common threats to all countries in the world, the international community has not managed yet to define a single definition of this phenomenon,”

President Ghani emphasized that, Interpol should be the single source to define and access threats for countries around the world in order to eliminate the fragmentation and lack of coordination in joint efforts to combat terrorism, drug trafficking and money laundering.

Ghani even suggested that Interpol and its member countries should share their experiences with Afghanistan for the effectiveness of Afghanistan’s fight against these networks of organised crime.