Suicide blasts in Afghanistan killed one civilian and injured more than 60 in an attack on Wednesday on the United States’ main military base of Bagram that was repulsed after a 30-minute clash, Afghan and NATO officials said.

Two massive explosions occurred roughly at 05:50 a.m. local time when the first group of attackers exploded two car bombs outside the south wall of the base, where scores of houses, shops and a mosque were damaged, local officials said.

“The second group of militants seized an abandoned health facility. They tried to target foreign forces and attack with heavy weapons the military base,” the officials said. 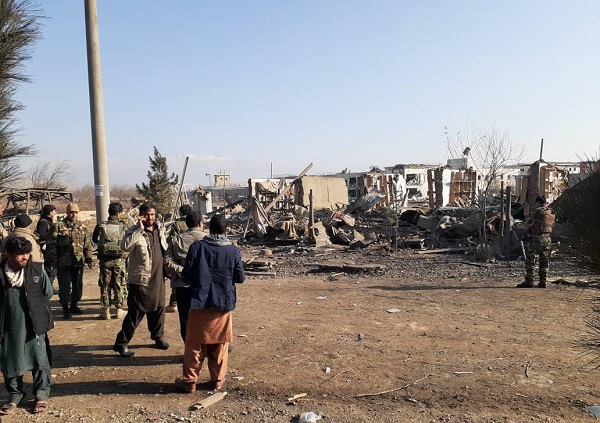 “The initial information found that more than 50 villagers were wounded in the incident that occurred in Janqadam, a locality in adjacent of Bagram airbase. The wall of the base has absorbed force of explosions but the blasts caused massive destruction,” district chief Abdul Shakor Qudosi said.

He said most of the wounded were affected by flying glasses, debris and shrapnel.

This comes as the Resolute Support in Afghanistan has said the attack on Bagram airfield had no US or coalition forces casualties.