Afghanistan’s ambassador to Qatar, Abdul Hakim Dalili, has said that the diplomatic relations between Afghanistan and Qatar began in 1972, noting that the Afghan embassy was opened in Doha in 2003, while Qatar’s embassy opened in 2019, making it the third Arab country to have an effective diplomatic presence in Afghanistan.

He added that the relations between the two countries witnessed a remarkable development, as Qatar participated in the international efforts to rebuild Afghanistan. 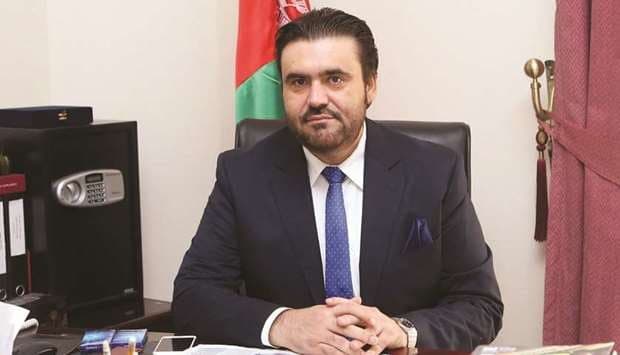 In a statement to Qatar News Agency (QNA) on the occasion of Qatar’s National Day, the Afghan ambassador said he considered this day the starting point of consolidating the pillars of modern state, adding that Qataris united around the State’s Founder Sheikh Jassim bin Mohamed bin Thani for his piety, courage, wisdom and sophistication necessary for leadership, in addition to loyalty to his people and keenness to preserve the unity of Qatar and its interests in the most difficult times the region witnessed.

The ambassador pointed out that in the face of the coronavirus pandemic, Qatar has been able from the first moment to track new Covid-19 cases, isolate the infected people according to the standards set by the international health organizations, and take rapid steps to treat patients, adding that Qatar has taken strict measures to reduce the outbreak, and in record time, all medical and health supplies were prepared thanks to the developed health sector, strong infrastructure, and the necessary proactive measures to confront the pandemic.

Afghanistan Produces Over 2500 Tons of Persimmon

Afghanistan has produced over 2500 tons of persimmon this year, according to the Afghan Ministry of…

US Embassy to Build Chaldovar Border Outpost on Afghan-Tajik Border

The U.S. Embassy in Dushanbe, in cooperation with the United Nations Office on Drugs and Crime…