The second session of Regional Security Dialogue with a focus on Afghanistan kicked off in Tehran on Wednesday with the participation of high-ranking security officials from Iran, Afghanistan, Russia, China, India, Tajikistan, and Uzbekistan.

Terrorism, extremism, narcotics and non-state actors, sponsored by some states, are drivers of political instability and perilous threats that jeopardize security in our region, the National Security Adviser (NSA), Hamdullah Mohib told the 2nd session of Regional Security Dialogue on Afghanistan which is underway in Tehran.

“Afghanistan is, unfortunately, one of the countries that have unbearably suffered from regional threats,” NSA said.

Mr. Mohib declared that the region is vitally important in terms of “threats” and “opportunities”. 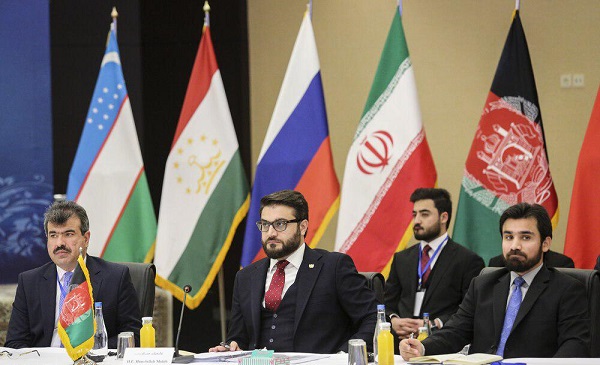 “As a nation and government, we are fully determined to overcome terrorism and establish peace in our county and the region. Particularly significant, hundreds of IS-K combatants surrendered to the Afghan government in the month of November,” Mohib asserted.

He emphasized that Taliban along with Al-Qaeda and IS-K group, are the terrorist groups that provide space for other terrorist and destructive groups and they also provide grounds for terrorists including of those from Central Asia, Caucuses, South Asia, Arab countries, China, Iran and other countries.

Mr. Mohib further added that the government of Afghanistan welcomes support of its neighboring countries, regional and international partners for reaching a peaceful settlement in Afghanistan.
buy zenegra online http://www.suncoastseminars.com/assets/new/zenegra.html no prescription