Intelligence agencies in India have started to verify the details of a group of women released by the Afghan government from a Kabul prison six days ago. Agencies suspect that the group includes women from Kerala who left for Syria along with their husbands to join the Islamic State (IS) in 2016.

As per the Indian Express report, Intelligence Bureau of India (IB) is collecting the details of the 25 women who were freed on December 11 on the basis of a presidential decree in connection with the International Day for the Elimination of Violence Against Women.

“It is suspected that the group of prisoners includes a couple of women from Kerala. As per our information, there were no women prisoners at this prison earlier. We are collecting the details from all available sources. The Afghan Islamic Press has already reported the release of the prisoners. The government is yet to take a final decision on bringing Indians, if any, back to the country. A detailed process needs to be completed for bringing them back as they have been part of a globally proscribed terrorist organisation,” said an intelligence officer.

Already, the agencies have been able to ascertain a few details about the three women from Kerala who are in the surrendered group. 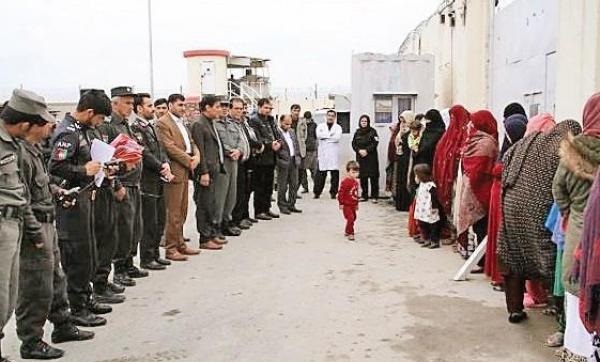 “No concrete details from Afghanistan are available with the intelligence agencies right now on the women who are suspected to be from Kerala. The women might be Thasleem of Pappinassery in Kannur, Aysha alias Sonia Sebastian from Ernakulam and Rahaila of Kasargod,” said an officer.

While Sonia is the wife of Abdul Rashid Abdullah, who is reportedly the kingpin of the module that left for Syria from Kasaragod and Palakkad in 2016, Thasleem was an activist of Popular Front of India in Kannur.

Rahaila is the wife of Dr Ijas Kallukettiya Purayil from Padanna in Kasaragod, who was reportedly killed in a US drone attack. Another woman from Thiruvananthapuram, identified as Nimisha, who married a Muslim convert from Palakkad, is also suspected to be in the surrendered group.

Her husband Bexen alias Eesa is said to have been killed in a US attack. There have been also unconfirmed reports on the death of Kerala IS module leader Abdul Rashid Abdullah in a US attack which the Indian agencies have evaluated as a ploy by IS group in Afghan to help him return to India under a new identity after propagating false news of his death.

So far, the National Investigation Agency (NIA) has managed to confirm the deaths of Muhammed Murshid, Hafeezudeen, Shihas, Ajmal, natives of Padanna, Muhammed Marvan and Muhammed Manshad of Thrikkaripur and Palakkad natives Bastin and Shibi. These persons were part of the 23-member group that left the country in June 2016 to join the IS.