It was announced in a press release by the US Embassy that Special Representative for Afghanistan Reconciliation Zalmay Khalilzad arrived today in Kabul to update President Ghani and CE Abdullah on “his engagements with regional partners and other interested parties to reach a negotiated settlement to the conflict in Afghanistan”. 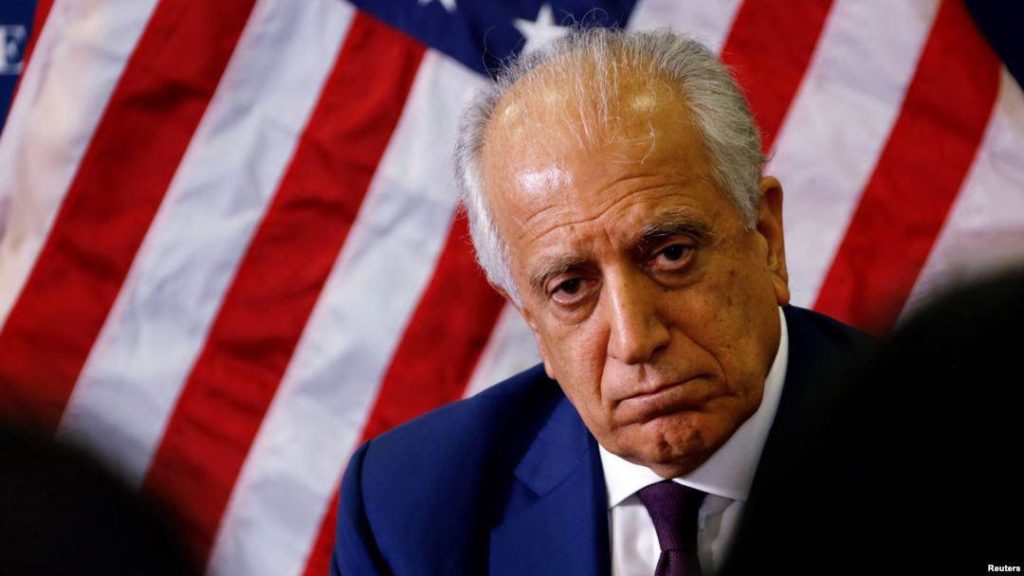 The statement further informed that Khalilzad arrived in Kabul after three-days of meetings in Abu Dhabi, including the fourth round of quadrilateral meetings between the United States, Afghanistan, the United Arab Emirates, and Saudi Arabia.

It was clarified that the meetings were a part of efforts by the United States and international partners to promote an intra-Afghan dialogue aimed at ending the conflict in Afghanistan.