International Anti-Corruption Day was marked during a press conference in Park Star Hotel in Kabul with the participation of high-ranking government officials of Afghanistan, the chairman and members of the Independent Anti-Corruption Commission, foreign ambassadors, representatives of international organizations and the media.

Danish called the investigative reports of some media outlets one of the most objective and practical examples of the role of freedom of expression and media freedom in the fight against corruption.

“The Afghan government may not have had much success in eradicating corruption over the past five years; but lots of serious measures have been taken,” the second vice-president said.

He also assessed Afghanistan’s commitments to fight corruption in the coming years as important and vital to this period of commitments.

In the meantime, UNDP’s Resident Representative Abdullah Dardari said, “Corruption thrives in times of crisis and the ongoing global pandemic has not been an exception either. During the COVID19 health crisis, fighting corruption can mean the difference between life and death; adequate food or hunger; having a roof over one’s head.”

Speaking at the conference, ambassador of Denmark to Afghanistan Mette Knudsen said, “Press plays a key role in corruption issues. It also something for the government to increase the communication to the citizens.” 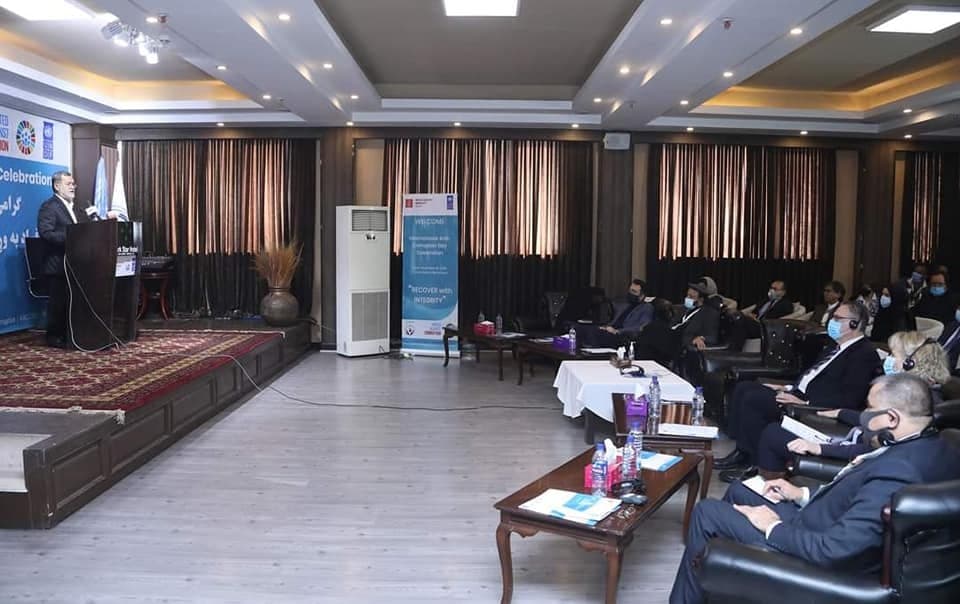 Meanwhile, The US Chargé d’Affaires Ross Wilson on International Anti-Corruption Day said that the “US expects that the Afghan government will strengthen its commitment to transparency and accountability by prioritizing a meaningful, demonstrable fight against corruption.”

“To demonstrate commitment to combating corruption and to institutional reform, Afghanistan must address the impunity of powerful Afghans,” said Wilson.

The German embassy in Afghanistan said in a tweet, “Corruption undermines democratic institutions, slows economic development and contributes to governmental instability. It thrives in times of crisis.”

The US embassy in Kabul said, “Afghanistan remains among the 10 countries most affected by corruption in the world. The international community stands united against corruption in Afghanistan.”

“Elimination of all corruption is vital for a prosperous Afghanistan. We support the Afghan people in achieving this goal,” the UK embassy in Kabul said.

Early this week, an Integrity Watch Afghanistan (IWA) report said that Afghans annually pay over $2 billion in bribes, which is hurting the country’s economy.

Despite the Afghan government annually spending more than $500 million in the fight against corruption, this phenomenon is increasing every day, the IWA said.

The head of the Independent Joint Anti-Corruption Monitoring and Evaluation Committee (MEC) also confirmed that the corruption cases this year were more than last year in the government organizations.

10 Killed, Wounded in Taliban’s Overnight Attack on Military Base in Ghazni