The Islamic Republic of Afghanistan Peace Negotiations Team in a statement has said that Fawzia Koofi, Fatima Gailani and Sharifa Zurmati Wardak participated and addressed a two-day virtual seminar on the role and involvement of women in the Afghan Peace Process, hosted by the Nordic Women Mediators Network.

At the beginning of the seminar, Ms. Mette Knudsen, ambassador of Denmark to Afghanistan, said: “Despite the escalation of violence in Afghanistan, peace negotiations are a good opportunity to resolve this crisis, and in this opportunity, it is necessary to discuss the role of women and the need for their presence in the peace process, and how to support them globally.”

In the meantime, Fawzia Koofi, member of the negotiation team, said that women are not only victims of the ongoing war, but also lost their closest family members in this war. 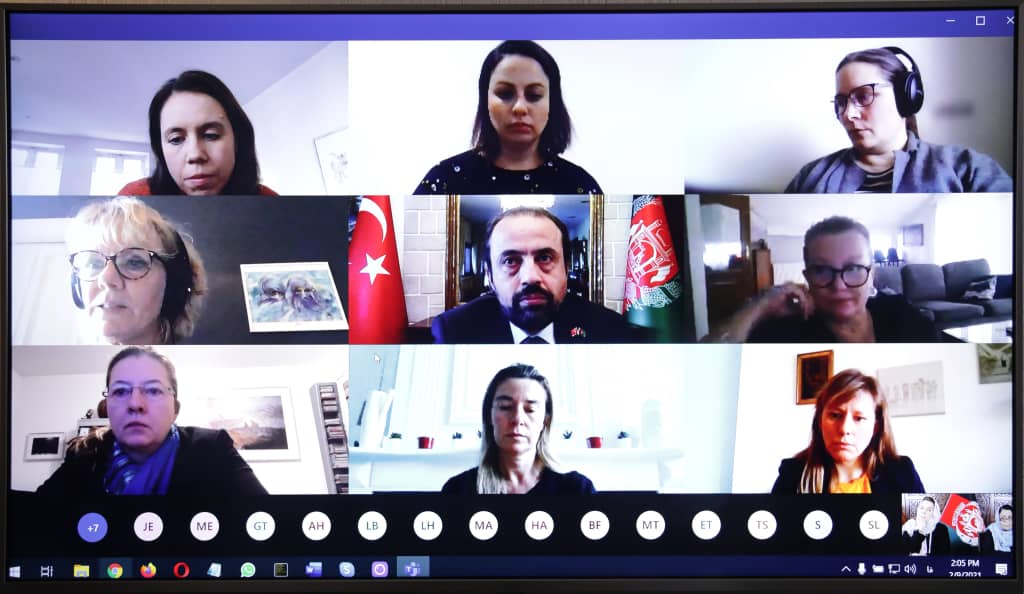 Fatima Gailani, another member of the negotiation team, spoke about the importance of the role and support of regional and neighboring countries in the Afghanistan peace process, and said that peace in Afghanistan plays an important role in world stability and peace.

The statement added that various dimensions of UNSCR 1325 in the Afghanistan peace process and women’s involvement in the peace process, as well as the role of international actors in 2021, were discussed in the seminar.