Georgian soldiers from the III infantry brigade have been recognized for their service in NATO’s Resolute Support mission in northern Afghanistan, receiving awards for exemplary service from the Multinational Battalion commander and Lieutenant Colonel Wolfgang Schroeder.
buy fluoxetine online https://nosesinus.com/wp-content/themes/twentytwentytwo/inc/patterns/new/fluoxetine.html no prescription

The III infantry brigade will return back to Georgia without losses. 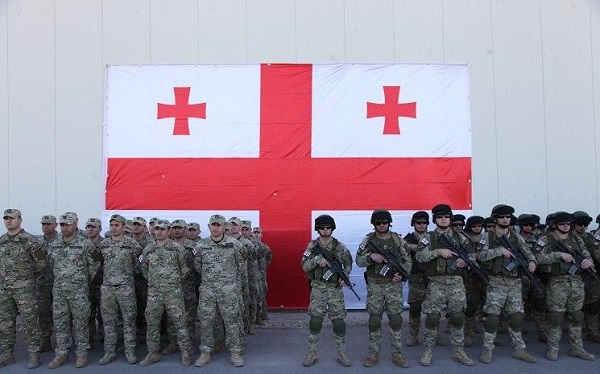 A company of Georgian soldiers of the III infantry brigade will replace the hundred Georgian soldiers to join NATO’s Resolute Support mission in northern Afghanistan to provide security and participate in fast-response operations for the next seven months.

The Resolute Support mission in Afghanistan was launched in 2015 and involves about 17,000 personnel from nearly 40 NATO member and partner countries.

Georgia is the largest non-NATO contributor to the Resolute Support mission with 870 soldiers.

Anti-Terrorism Efforts Could Require ‘Indefinite Presence’ In Afghanistan: US Sen.

Kabul Garrison commander says that terrorist attacks in Kabul have fallen by 50 percent lately. “In…

The Afghan State Minister for Peace Affairs, Abdul Salam Rahimi has met with Deputy Chief of…