According to Russian envoy Zamir Kabulov, US troop withdrawal from Afghanistan won’t create a “power vacuum” while the Taliban can be a potential ally in the fight against Islamic State in the country.

In a press conference, Kabulov expressed that if the U.S. fails to strike an agreement on a military pullout with Taliban, “they could stay for another few years but in the end they’ll have to go, and this time in disgrace.”

The Russian official also downplayed the risks of instability if U.S. forces leave Afghanistan. “There won’t be a vacuum in Afghanistan,” he said. “When all Afghans, the authorities in Kabul and the Taliban, reach a peace agreement and won’t fight each other, then they’ll deal with ISIS in an Afghan manner,” Kabulov said. 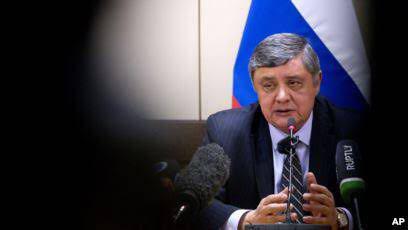 In early Feb, U.S. President Donald Trump announced that he will reduce the 14,000-strong American military presence in Afghanistan, saying that the Taliban on their hand shall have to adhere to US demand of preventing Afghanistan from becoming a terrorist safe haven.

Last week, Moscow hosted talks between the Taliban and opponent politicians of Afghan President Ashraf Ghani at which the militant group said it’s seeking the pullout of all foreign troops from Afghanistan within months. Kabulov expressed that this meeting was the “start of national reconciliation” in the conflict-torn nation.