The Afghanistan Independent Human Rights Commission (AIHRC) in a report has claimed confirmation of the involvement of several teachers and school officials in the sexual abuse of children in Logar province.

According to AIHRC, “credible evidence” shows that a number of students who became the victims of sexual abuse either left the schools or were dropped from their schools.

The AIHRC report also stated that the children in Logar are still faced with the threat of sexual abuse in the workshops, kilns, sports clubs and tailoring shops. 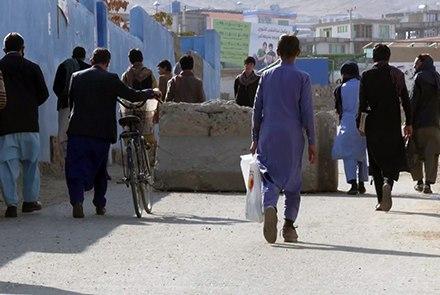 Mousa Mahmoudi and Ehsanullah Hamidi, told the Guardian months ago that they had videos proving that school boys are sexually harassed in Logar.

The commission’s report includes interviews with the victims of abuse, local residents and videos that confirm the child abusing people there.

The report says a delegation sent to Logar had interviewed with locals and school in charges who have confirmed children were abused at schools, but had not introduce the “child abusing circle”. The report has also interviewed with victim children, their relatives and other people aware about the incident.
buy zithromax online https://farmerslabseeds.com/wp-content/themes/pridmag/inc/dashboard/css/new/zithromax.html no prescription