Afghan first Vice-President, General Abdul Rashid Dostum has said that all Northern Province should take preparations for appointment of the new governors.

Gen. Dostum also announced support to the Chief Executive Abdullah Abdullah’s decision regarding the formation of an ‘Inclusive-Government’.

Speaking at a gathering in Jawzjan province, Gen. Dostum declared that CE Abdullah will soon “form a government that will include all ethnic groups.
buy vilitra online https://idhfa.org/pdfs/new/vilitra.html no prescription 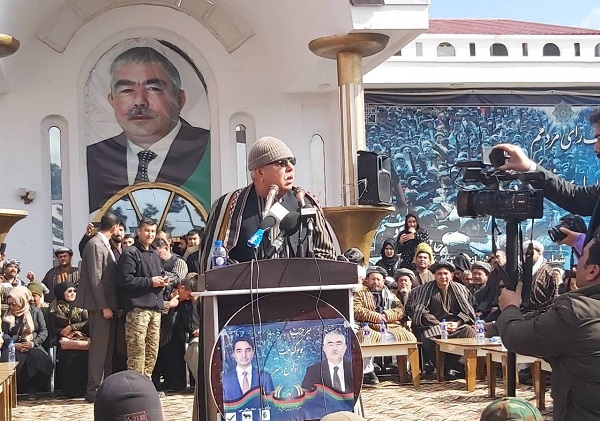 “The results of Presidential election are not acceptable and we accept Abdullah’s decision regarding the elections,” he said.

He stressed that the people’s votes have been ignored, but the people do not recognize the fake results announced by the Independent Election Commission (IEC).

“The team that lost the election has been announced as the winner. No one can ignore our rights,” Gen. Dostum asserted.

He noted that they will have a meeting with the US special envoy for Afghanistan reconciliation, Zalmay Khalilzad and other Afghan officials in Jawzjan.

Dostum also instructed the supporters of the “Stability and Partnership” team to come to streets and celebrate the victory of Abdullah Abdullah.