The Attorney General’s Office (AGO) says it has addressed 224 cases of corruption in the past two months, which resulted the arrest 500 people.

Jamshid Rasouli, the spokesman of AGO, said in a press conference today, that in the solar year of 1399, a total of 1,791 cases, including cases of corruption in the civil and security-defense departments have been addressed.

He stressed that out of a total of 1,791 cases, 266 cases were serious crimes, 1,525 cases were corruption cases and 61 cases were related to military departments. 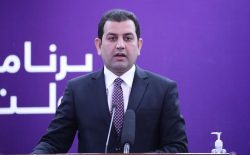 The spokesman of AGO stated that, the suspect individuals in these cases include deputies, governors, heads of government departments, members of parliament and members of provincial councils who are accused of embezzlement, bribery, misuse of authority, money laundering and forgery of documents.