Former Indonesian Vice President Jusuf Kalla said he has traveled to Afghanistan and Qatar several times in recent months to help broker a peace deal between the government in Kabul and the Taliban insurgent group.

In an interview at his home in Jakarta, he told Nikkei Asia that he went to meet the two parties in a personal capacity to “give them thoughts, as well as ways of how to negotiate effectively.”

Kalla said one way he could help mediate the conflict is by offering suggestions to both sides based on “Indonesia’s experiences in dealing with conflict areas,” adding that he aimed to operate within Indonesia’s constitution by helping “maintain world order by means of lasting peace.” 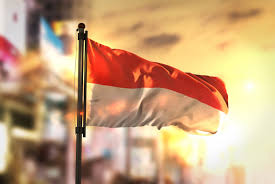 Faran Jeffery, deputy director of the Islamic Theology of Counter Terrorism (ITCT), a U.
buy tadalafil online https://paigehathaway.com/wp-content/themes/twentynineteen/inc/new/tadalafil.html no prescription

K.-based anti-terrorism think tank, told Nikkei Asia: “Afghanistan’s security and stability will not only impact Asia but the rest of the world.”