A military unit from the Second Infantry Brigade of the Georgian Defense Forces has arrived in Mazari Sharif, a city in Northern Afghanistan.

As per Georgia Today report, the specific regiment was met by high Georgian officials and representatives in Afghanistan, as well as, the Colonels of the Third Infantry Brigade.

The troops arrived at the base of “Marmal”, under the control of the German Bundeswehr forces.
buy amoxicillin online https://buynoprescriptionrxonline.com/dir/amoxicillin.html no prescription 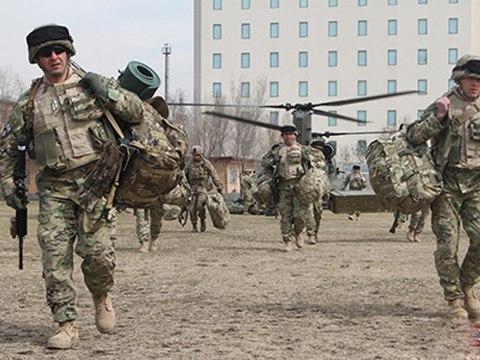 The specific duties of the regiment will be to safeguard the base “Marmal” and to be highly combative and swiftly reactive.

The “Resolute Support” mission which is the continuation of the “ISAF” (International Security Assistance Force) is not something new to the Georgian Army.

In both of these NATO missions, Georgia has been the largest non-NATO contributor, per capita. In the “Resolute Support” mission, 870 Georgian soldiers will take part.