Afghan Minister of Foreign Affairs Mohammad Haneef Atmar had a telephone conversation with NATO Senior Civilian Representative for Afghanistan, Mr. Stefano Pontecorvo, to discuss the resumption of the second round of negotiations in Doha and the future of NATO mission in Afghanistan.

The Ministry of Foriegn Affairs (MoFA) in a press release on Tuesday said that FM Atmar highlighted the importance of NATO’s continued support to peace, security, and stability in Afghanistan and expressed grave concern over the Taliban’s access to sophisticated weapons, including drones. 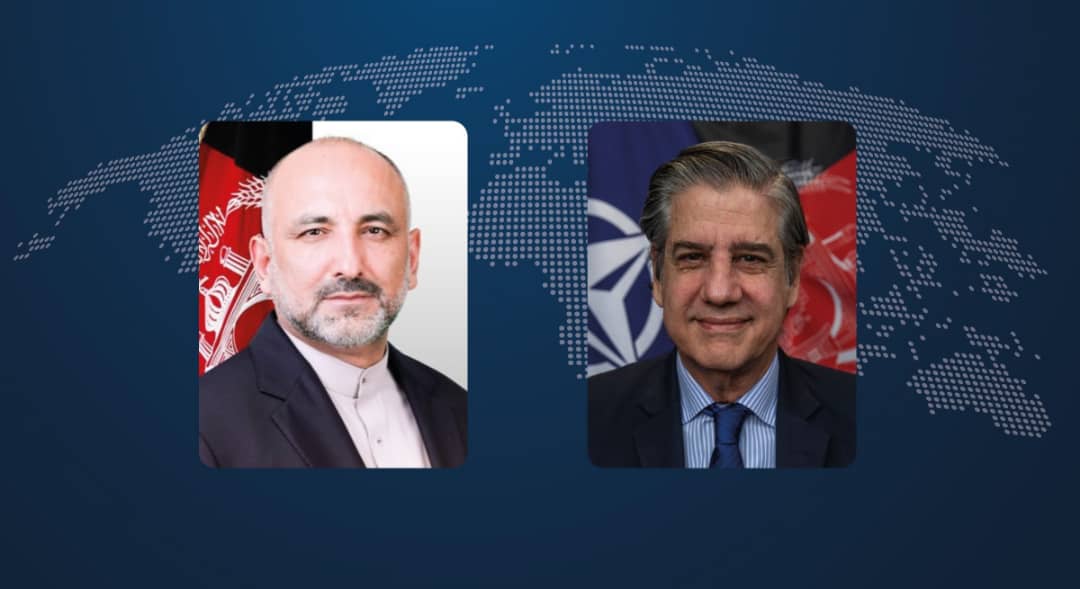 According to the press release, the Foreign Minister noted that for the peace process to succeed, the drawdown of NATO troops should be condition-based considering realities on the ground.

In the meantime, NATO Senior Civilian Representative for Afghanistan said that the ongoing talks in Doha between the Afghan government and the Taliban is the only path to peace, and NATO strongly supported ongoing peace efforts.

He added that NATO would closely work with Kabul to build a regional and international consensus in the peace process.