The United Nations Assistance Mission in Afghanistan (UNAMA) in a report said that efforts by religious and community leaders to foster peace and reconciliation in the country’s south and nationwide were reinforced by a series of UN-backed events through 2019 enabling hundreds of Ulema and tribal elders to discuss best approaches in trying circumstances.

A tribal leader, Azeem Khan Samandar, told UNAMA in an interview that Ulema, as custodians of peace, will continue to preach unity and work for peace as they have done throughout history. 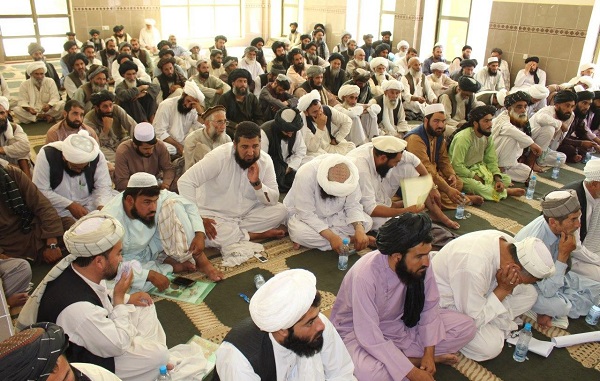 “We have been talking in our communities, expressing different views on the peace process,” said Samandar, a regular participant at UN-backed events. Samandar said that Afghans, despite their differences, are united in their demand for peace. “Despite our different perspectives, everyone is thirsty for peace,” he said.

“Afghanistan’s religious scholars known as Ulema play an essential role in setting moral and ethical standards for their communities. They often work as peace brokers and are respected at all levels of society, exerting influence on individual and community decisions. Traditionally, local disputes have been resolved with their intervention, a tradition which has continued today, especially in parts of the south with no formal judicial system,” UNAMA said in its report.

The events in Afghanistan’s south, organized by UNAMA’s Kandahar field office which were broadcast by local media are estimated to have reached 1.5 million residents in Helmand and Kandahar provinces.
buy prednisone online rxbuywithoutprescriptiononline.com/prednisone.html no prescription

Turkmenistan Ready to Provide Platform for Peaceful Dialogue on Afghanistan

The issue of supporting the reconciliation processes in Afghanistan is of particular importance in the region,…