Vice President Mike Pence traveled to Delaware late Tuesday night to visit with the families of two soldiers killed over the weekend by a roadside bomb in southern Kandahar province.

The two US soldiers were killed Saturday while on patrol for the American-led NATO mission known as Resolute Support, the Pentagon said in a statement. 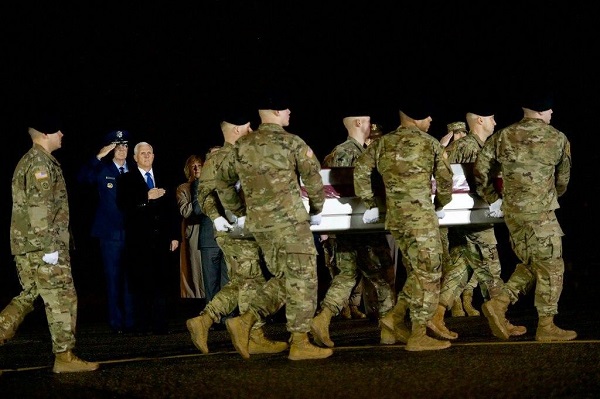 “Let them be assured that America will never forget or fail to honor the service and sacrifice” of the two soldiers, Mr. Pence had told the crowd in Milwaukee, which fell momentarily silent.

The deaths of the two soldiers were the first American casualties of the year in Afghanistan.

Turkmenistan Ready to Provide Platform for Peaceful Dialogue on Afghanistan

The issue of supporting the reconciliation processes in Afghanistan is of particular importance in the region,…