The World Bank has announced support from the development and economic programs of the Afghan government, the Presidential Palace said.

The Afghan Presidential Palace in a press release on Wednesday said that President Ghani met with Hartwig Schafer, the World Bank’s Vice President for the South Asia Region and his accompanying delegation and discussed an array of issues including the bank’s assistances to Afghanistan, regional connectivity, and the Afghan government’s national programs, reforms and investment opportunities. 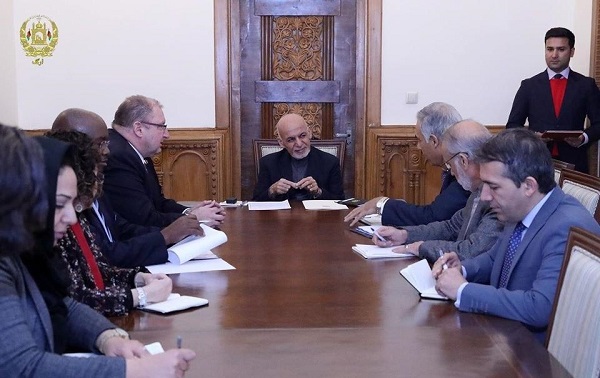 According to the press release, the president elaborated on Afghanistan’s economic prospects and development initiatives, particularly in the areas of education, mining, customs, and revenue collection.

“The Afghan government has embarked on significant reforms in an effort to improve service delivery, enhance efficiency and build capacity at government entities. He added that government is strongly committed to establishing reforms to provide effective, fair and modern services,” President Ghani said.

The president iterated that investments in Afghanistan should be mainly concentrated on power and renewable energy projects, construction of irrigation dams, water management, poverty elimination, and improving agricultural productivity and its value chain.
buy cenforce online nouvita.co.uk/wp-content/themes/twentynineteen/fonts/en/cenforce.html no prescription

The press release added that the president underscored that regional connectivity and economic and trade initiatives are of a great importance for Afghanistan.

In the meantime, Hartwig Schafer, the World Bank’s Vice President for the South Asia Region expressed the bank’s support for economic and development projects of the government of Afghanistan.