Afghan Chief Executive Abdullah Abdullah has met with US Chargé D’Affaires Ross Wilson and discussed on Afghanistan Presidential election and the peace process.

The Executive Office in a statement on Wednesday said that CE Abdullah has congratulated Mr. Wilson for his new position and wished him success in fulfilling his responsibilities. 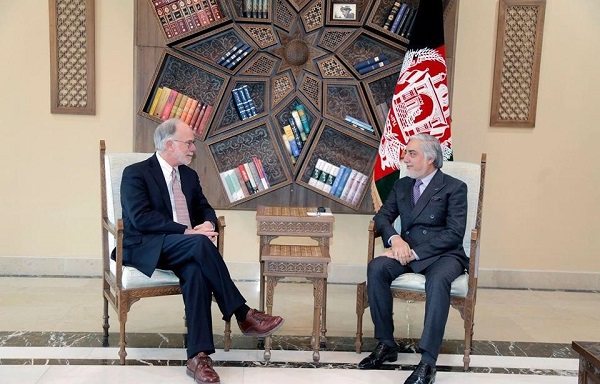 “During the meeting, the two sides discussed the presidential election, addressing of electoral complaints, efforts for peace and the consideration of internally displaced people during the cold season,” the statement said.

Previously, Mr. Wilson has met with President Ashraf Ghani and both sides agreed on the importance of the U.S-Afghan enduring partnership for Afghanistan’s future.