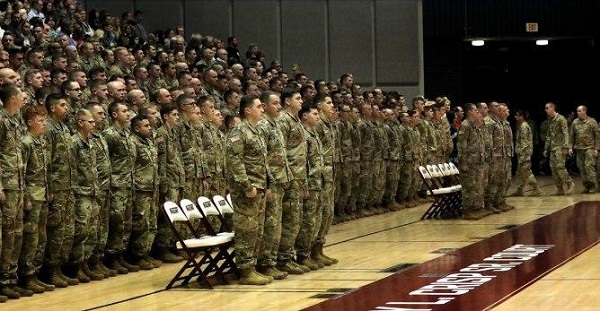 The “citizen soldiers” are part of the Illinois Army National Guard, 2nd Battalion, 130th Infantry Regiment, which is headquartered in Marion, and has four armories in West Frankfort, Effingham, Litchfield and Mt. Vernon.

Illinois Gov. J.B. Pritzker told them that they represent the “very best of this state.”

“The fundamental strength of the National Guard is that it is a force of ordinary citizens committed to extraordinary work,” he said.