A number of youths and civil society activists staged a protest under the title of “Route and Enlightenment” in Ghor province on Wednesday, local officials said.
buy cialis oral jelly online https://www.icriindia.com/uploads/colleges/new/cialis-oral-jelly.html no prescription

The spokesman of Ghor governor, Abdul Hai Khatibi told Reporterly, “The protesters staged a demonstration in Firoz Koh city, the center of Ghor province and closed all government offices.”

According to Khatibi, the protesters demand the construction of roads and providing electricity for the residents, calling a budget should be allocated in the national budget draft. 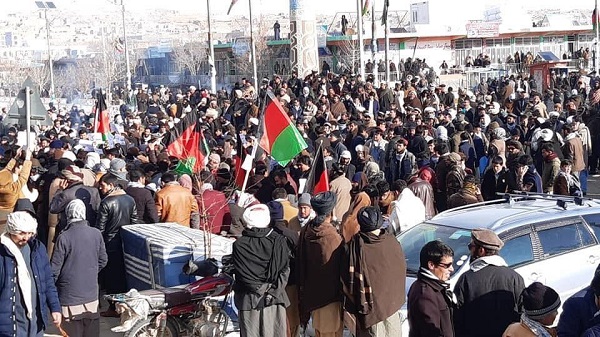 Khatibi declared that the local officials have delivered the message of protesters to the central authorities.

He added that the movement has been formed about two years ago and the government delegations have previously met the members of the movement, but no practical step has been taken so far.

In the meantime, the protesters warned to continue the protest until a budget allocated for the construction of roads and electricity.