MoFA in a statement said that the two sides discussed the latest developments with regards to the Afghan peace process and the resumption of negotiations between the Afghan government delegation and the Taliban in Doha.

According to the statement, the Foreign Minister expressed serious concerns over the escalation of violence by the Taliban and the rising number of civilian casualties through targeted killing of journalists and human rights activists, including women, in different regions of Afghanistan. 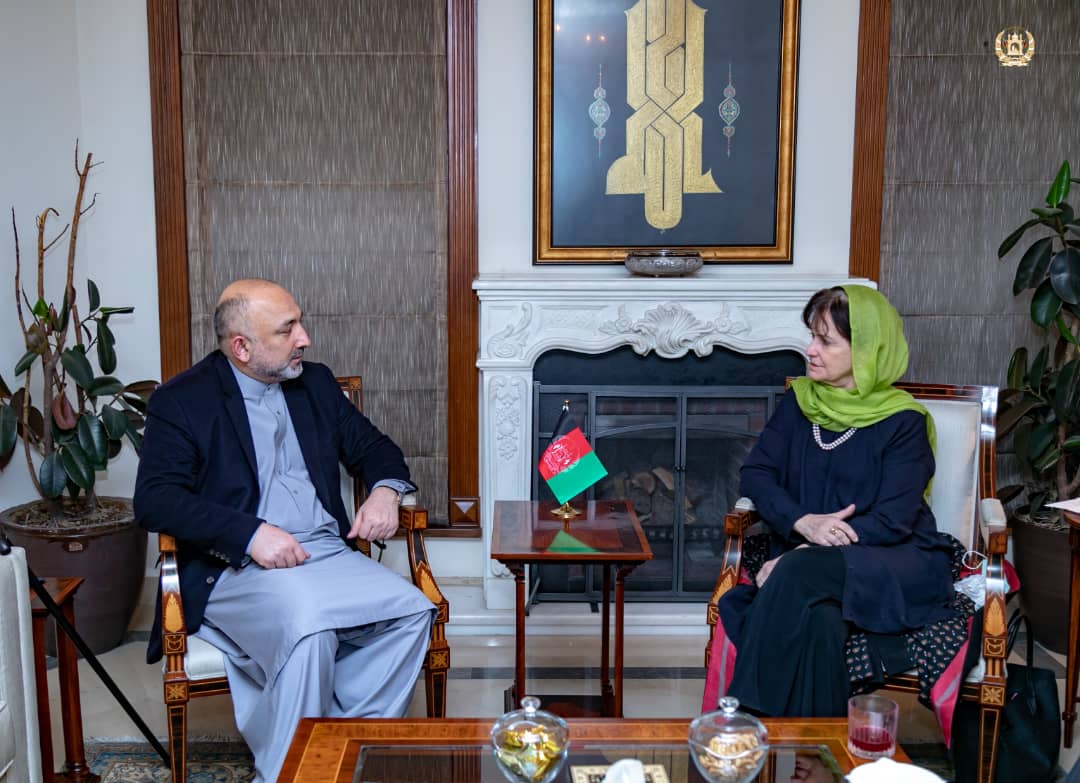 “Minister Atmar noted that ensuring an immediate and comprehensive ceasefire, protecting and promoting democratic values including human rights, rule of law, and freedom of speech, and strengthening the civil society were the main priorities of the Islamic Republic of Afghanistan amid the ongoing peace process,” the statement reads.

In the meantime, Ms. Lyons briefed the Afghan Foreign Minister on the programs being implemented in Afghanistan by various UN agencies, assuring Mr. Atmar of UNAMA’s full support for the resumption of talks and restoration of peace and stability in Afghanistan.

The statement added that FM Atmar expressed his appreciation for the constructive role the UN and its related organizations, especially UNAMA, had been playing in running development projects inside Afghanistan and in supporting and enhancing the Afghan peace process at regional and international levels.