Afghanistan has exported over 11,000 tons of goods worth more than $238 million, comprised of fresh and dry fruits, natural herbs, handicrafts, rugs, sheep skin, vegetables and saffron to international markets since the inauguration of the very first air corridor in 2017.

As per Wasdam report, the implementation of the first air freight initiative between Afghanistan and India in 2017 gave major impetus to increase its footprint to other countries as well. Today, Afghanistan has exported its goods to European, Asian and Arab markets through over 1,100 flights from Kabul, Kandahar, Mazar and Herat airports. 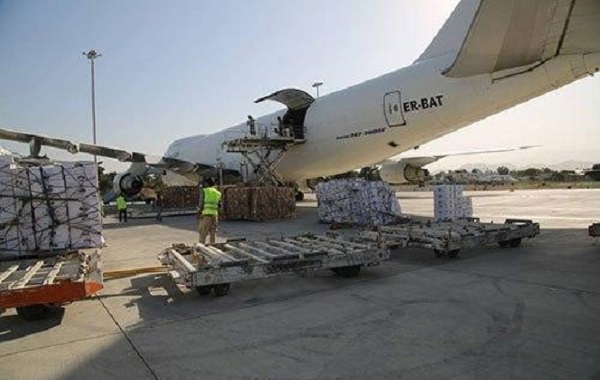 According to figures from the Afghan Ministry of Commerce, in 2019 about 5,300 tons of goods were exported to India, Saudi Arabia, UAE, Germany, UK, Azerbaijan, France, Belgium, Qatar, Oman, Kuwait, Turkey, Romania, Sweden, Switzerland and Holland through 8,55 flights. This indicates a 33% increase in the country’s exports compared to last year’s.

The Afghan government will soon establish an air corridor with Indonesia.

The Acting Minister of Energy and Water Mohammad Gul Khulmi has resigned due to health issues.…

Keralite Woman Jailed in Kabul over IS Links, Mother Seeks Her Release