The UN Office for the Coordination of Humanitarian Affairs (UNOCHA) in Afghanistan’s weekly humanitarian report between June 22 to June 28, said an additional 44,230 people had been affected by natural disasters in the country so far.

Within the week of the report, heavy rains in Kunar, Laghman and Nagarhar impacted 945 people, with deaths of seven children. In the eastern provinces, 20,888 people received humanitarian aid and 347 children were vaccinated from polio and measles.

In the northern part of the country, 50 security incidents were recorded in Balkh, Faryab, Samangan, Jawzjan and Sar-e-Pul provinces. UNOCHA also provided cash assistance to 4,655 people displaced by conflict in Jawzjan. 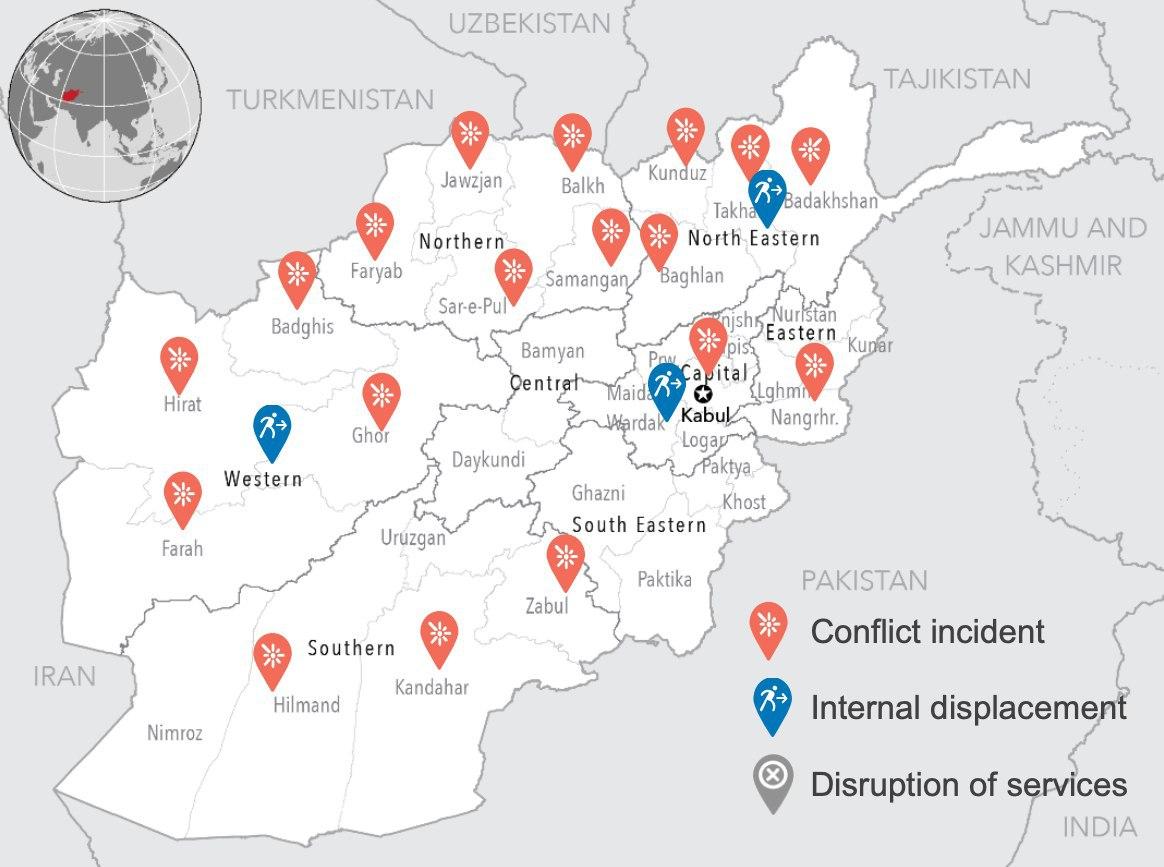 UNOCHA also raised concern about the rise of security incidents in Helmand, Kandahar and Zabul provinces and its effects on humanitarian activities across the region. They counted at least 27 civilian deaths and over 25 wounded in Helmand alone from the June 29 bombing in Sangin market and the roadside blast in Washir.

Herat province saw the return of 6,523 undocumented immigrants from Iran, accounting for part of the 350,140 such returnees from the neighbouring country to date.

The security situation remained unstable across the centre with insecurity and clashes in Kabul and Wardak provinces. UNOCHA’s initial reports indicate that 2,772 people were displaced in Wardak due to fighting.

A total of 126,000 vulnerable people in Kabul city received food assistance as part of the UN’s COVID-19 response.