The decoration is typically awarded to U.S. military personnel for heroism on the battlefield or meritorious service on the front line.

He was awarded for his 12-month tour-of-duty while on exchange with the U.S. Marine Corps as he served as an assistant operations officer with the U.S. Task Force Southwest in Afghanistan. 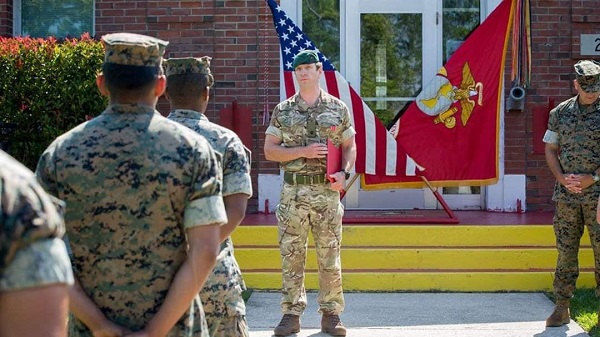 Fuller was a part of U.S.’ Operation Freedom’s Sentinel and NATO’s Resolute Support Mission and helped plan numerous missions with the Afghan National Defence and Security Forces and the U.S. Special Operations Forces.

Major Fuller received the Bronze Star in front of his U.S. comrades during a short ceremony at Camp Lejeune in North Carolina.

“This means a lot to me – I’m truly humbled. There wasn’t anything which I did differently from my U.S. Marine colleagues. The colour of your uniform or the flag on your arm didn’t matter – we all worked together for one goal. It was a team effort.”