Russia has politically supported the Taliban to cultivate influence with the group and limit the Western military presence, said the U.S. Department of Defence, while pointing that Taliban violence is five times higher than those observed during the Reduction in Violence period (RiV).

The Department released their semi-annual report on “Enhancing security and stability in Afghanistan” covering events from December 1, 2019 to May 31, 2020.

In their threat assessment, the Department of Defence (DoD) reported that Afghanistan “faces a continuing threat from an externally supported insurgency and terrorist groups” with the Taliban and Haqqani Network as the main antagonists.

The Taliban has sustained “levels of violence five times higher” than the observations during the RiV period, despite its commitments to the U.S.-Taliban agreement.

However, in the regional actors, the report states that Russia is “very likely” to continue support of the U.S.-Taliban deal in the hope that it will “prevent a long-term” U.S. military presence in the country.

They point that while Kremlin has been vocal in its support for the Afghan peace process, they continue to “politically” support the Taliban but “publicly denies their involvement.”

China too engages the Afghan government and the Taliban, but with the motive that regional peace would “protect Chinese personnel and investments abroad” while securing their western borders from Uighur militants.

The highlight of the report is the signing of the conditions-based U.S.-Taliban Agreement and the release of the U.S.-Afghanistan Joint Declaration on February 29, in Doha, Qatar.

The report states that the U.S.’ vital national interest in Afghanistan is to ensure the territory is never again used as a safe haven from which terrorists can attack the U.S., their Allies, or interests abroad.

“The primary goal of the South Asia Strategy is a durable and inclusive political settlement to end the war in Afghanistan,” the Department said.

During the initial portion of the reporting period, U.S. Forces-Afghanistan (USFOR-A) adjusted their operational approach to intensify pressure on the Taliban to reduce violence and create the conditions that led to the signing of the U.S-Taliban Agreement. 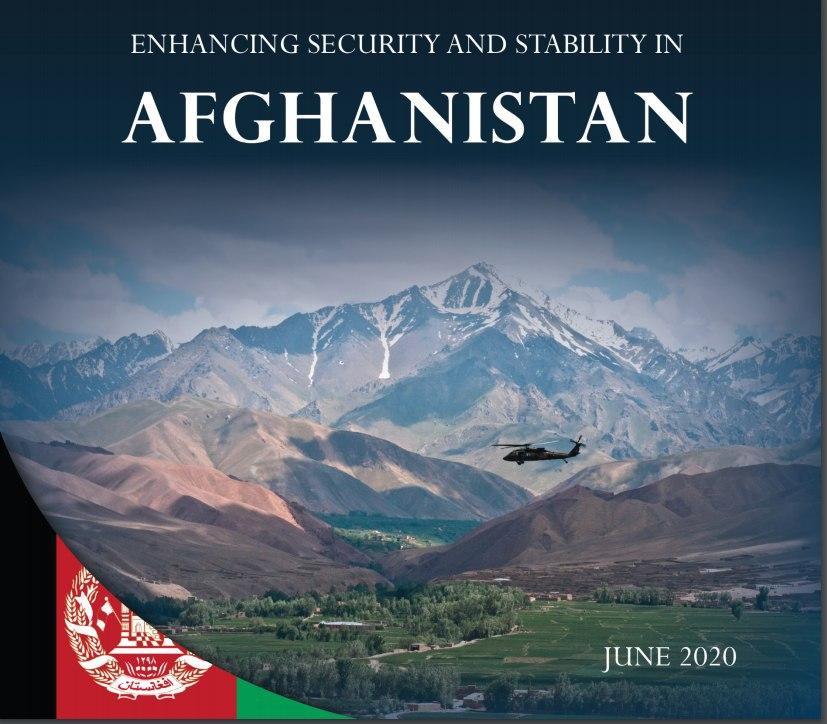 Since the February 2020 Reduction in Violence (RiV) period, U.S. operations have continued to focus on counter-terrorism operations against Islamic State-Khorasan Province (IS-K), Al Qaeda, and other terrorist organizations, while operations targeting the Taliban were in defence of the Afghan National Defence and Security Forces (ANDSF).

A distinct line of effort was added to the campaign plan to enhance ANDSF effectiveness, responsiveness, and overall protection of key government infrastructure like provincial centres, highway checkpoints and the Kabul metropolitan area.

Afghan partners established the Combined Situational Awareness Room (CSAR) and supporting Regional Targeting Teams as a cross security pillar network to prioritize, resource, and enable ANDSF operations based on a collective understanding of the security environment.

These new developments positively impacted the ANDSF’s capability to deny the Taliban and IS-K the ability to accomplish their objectives. For the foreseeable future, however, all ANDSF components will continue to rely on contracted logistic support and on the U.S. for the vast majority of the funding needed to sustain combat operations.

Advising efforts shifted from persistent to periodic during this period, consistent with Resolute Support’s operational campaign design that emphasizes “point of need” advising.

The U.S. also continued to implements its R4+S strategy in Afghanistan which talks about “reinforcing” the ANDSF’s operational capabilities, “realigning” their strategies in keeping with the Afghan government’s, “regionalising” efforts to expand the burden of Afghan peace with coalition forces and regional partners, “reconciling” the differences between the U.S., Afghanistan and other partners including the Taliban, and to achieve specific U.S. objectives at “sustainable” costs.

The U.S. remains committed to helping Afghans create a secure and stable Afghanistan by supporting inclusive efforts to achieve peace. The best path to a lasting peace in Afghanistan is a negotiated political settlement among Afghans, the report concludes.