Abdul Rashid Dostum, army general and the former vice president, has officially been awarded the rank of marshal at a ceremony held in Jawzjan province on Wednesday, becoming the third person in Afghan history to hold the honour.

On July 3, a decree by President Ashraf Ghani promoted Dostum to marshal as part of the political power-sharing agreement signed with Abdullah Abdullah, chairman of the High Council for National Reconciliation. 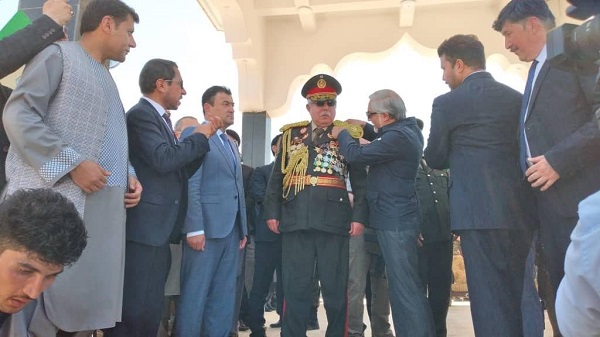 Marshal Dostum, in his inauguration ceremony which was attended by Abdullah, expressed his gratitude to the organizing committee and paid homage to those who sacrificed their lives for the freedom of the country.

The rank is the highest military honour in Afghanistan.