Kabul: Security sources in Kunar told the media that Taliban insurgents launched a series of attacks on security checkpoints in some parts of the province on Wednesday morning. The 2nd Brigade Command in Kunar said that a series of attacks has been launched on security posts in Ghaziabad district since 4am on the second day of Eid al-Adha. There is no detailed information on casualties.

The brigade’s press officer, Shahed, told the media that Wednesday’s battle was led by the so-called Taliban’s deputy governor for Kunar, Qari Zia-ur-Rahman. According to Shahed, the Taliban’s officials include Pakistani nationals. Meanwhile, the Kunar police spokesman’s office said that the Taliban had launched a heavy attack on the security forces base called “Jalala” but that fresh troops had also arrived in the area.

Locals have also confirmed recent attacks on Ghaziabad district and fear that if air support does not reach the district, the district will soon fall to the Taliban. Meanwhile, the Taliban have blocked roads in Asadabad-Ghaziabad, Narai and Kamdesh and Bergamtal districts of Nuristan province, causing severe problems to the residents of those districts.

On the other hand, in a sign-on letter by prominent leaders and individuals worldwide, friends and supporters of Afghanistan are urging NATO and the European Union that as U.S. and NATO forces withdraw from Afghanistan: “We must not abandon the Afghan people and their democratic republic.” The letter—signed by former foreign ministers, former ambassadors to Afghanistan and diplomats, along with a range of civil society groups and leaders—says that while NATO armed forces are leaving Afghanistan, “It is the obligation of all NATO and European countries to continue to strongly stand by our Afghan partners.” The letter also urges NATO and the EU to continue the financial support to the Afghan state, protect the human rights of Afghan women and girls and continue to provide “robust financial” support to the Afghan national security forces.

The letter calls for support in six major areas, including protecting women’s rights and human rights and providing robust and sustainable support to the Afghan state. It asks to reaffirm robust financial support to the Afghan national security forces, continue development assistance to key Afghan institutions, support a strong UN role in the Intra-Afghan peace talks, and re-affirm support to civil society and human rights groups.

The letter highlights the current high levels of violence perpetrated by the Taliban and their affiliates “who are using violence to silence and oppress the Afghan people.” For over a year, the Taliban offensive attacks have been at their peak, targeting girls in school, women leaders, journalists, judges, doctors, charity workers, teachers, government officials, minorities and even religious scholars. Meanwhile, the Taliban said that it released 80 prisoners in eight provinces of Afghanistan on the first day of Eid-ul-Adha. 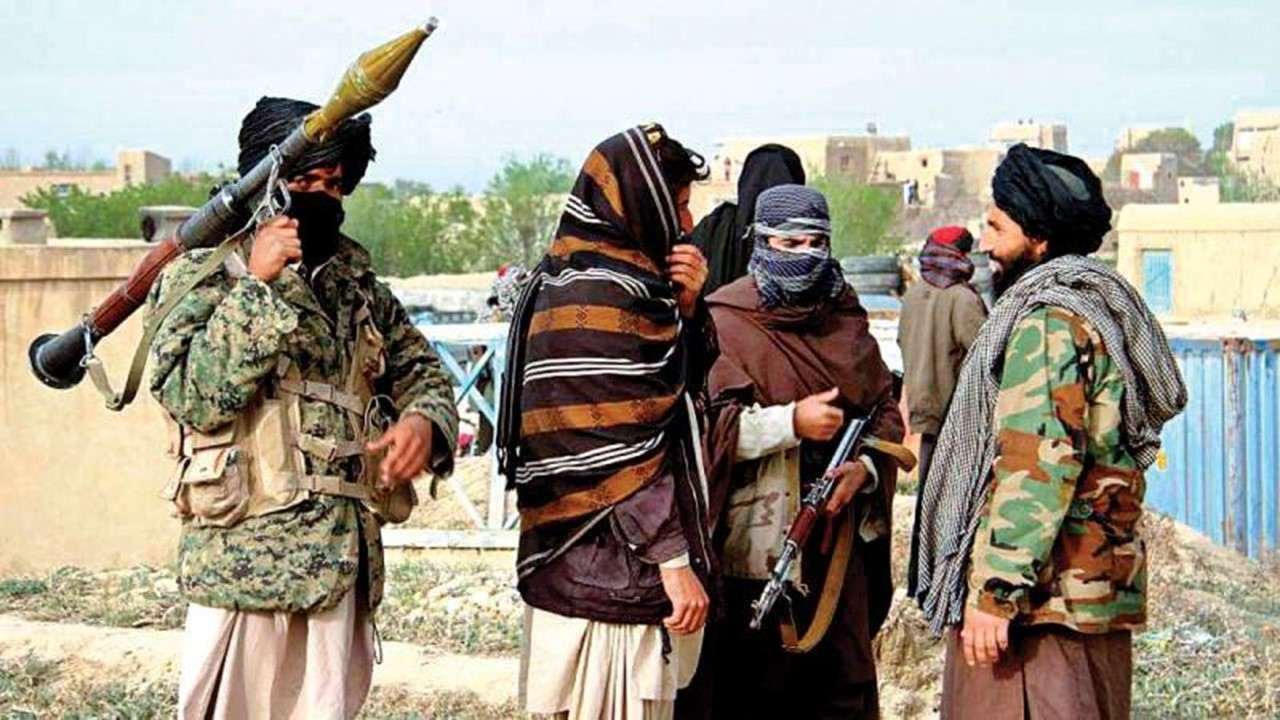 Also, US Secretary of State Antony Blinken will visit India next week and hold discussions with Indian External Affairs Minister S Jaishankar, with Afghanistan being top on the agenda. This will be Blinken’s first trip to India as the Secretary of State and his third meeting with Jaishankar. The situation in Afghanistan is high on both countries’ agenda with the Taliban making rapid strides in the war-torn nation following the withdrawal of US troops, which is slated to be completed by August-end.

“This is something we have been working against. Some proposals of this nature were made to my government at the time to allow the Taliban to take one or two provinces to accommodate them and then to negotiate from there which I rejected and outrightly neutralized,” he said.

“Now in the past two months we see the situation moving in that direction and an official indication of this came in the remarks of the US President Joe Biden. When he recently spoke on Afghanistan, he referred to Afghanistan in two ways; one was that Afghanistan was never a unified country in his words and the other one was that Afghanistan may not have one government. “That’s what he precisely said. Now we don’t see this as an accidental remark. I see this more as something that probably someone is thinking about doing,” Karzai said.
buy singulair online blackmenheal.org/wp-content/languages/new/mg/singulair.html no prescription

He questioned why a country, such as the US, would go as far as suggesting that Afghanistan may not have one government unless there is a plan and a thought behind it. “If this is true, and the signs are there, this means Afghanistan is used for a larger global game in this region where all the major powers of the world are situated,” he said. “I have been urging the United States of America that if they are sincere towards peace in Afghanistan, if they really want peace in Afghanistan, then that is only possible if they engage with Russia and with other major powers in this region so we can have peace, not only peace but a stable and unified Afghanistan,” he said.

Also participating in the discussion was Russia’s Special Presidential Envoy for Afghanistan Zamir Kabulov who said if no real progress is seen in the process of national reconciliation, the military-political balance in Afghanistan will be reformatted in favor of the Taliban. “And then their takeover in the country will become a very real prospect,” Kabulov said.

“So far, the Taliban is unable to capture big administrative centers in provinces. However, I don’t rule out that in the near future they will be able to take control of two or three administrative centers but they are not strong enough to seize and, importantly, to establish long-term control of the country’s big provinces,” he said. Kabulov said however that this process impacts the Kabul government, but that the Taliban’s offensive will not lead to the collapse of the entire government.

Also, referring to the firing of rockets near the Presidential Palace, the Islamic State (IS) group claimed responsibility for a rocket attack near the Afghan presidential palace in Kabul on Tuesday as the country’s president Ashraf Ghani held outdoor prayers to mark the start of the Muslim Eid al-Adha holiday.

“We are trying to turn Bidar Weekly into a newspaper so that we can send the same voice of justice and media to the citizens of Afghanistan,” he said. Bidar Weekly has a 100-year history. This is the first government publication run by a woman in Balkh. Statistics of the Department of Information and Culture of Balkh province show that there are 17 audio channels, nine local and international televisions, four news agencies and seven print publications in this province earlier.