The US Senate on Tuesday approved Mark Esper to be the US’s 27th defense secretary, ending a wait of more than 200 days for a permanent Pentagon leader.

Esper’s relatively confirmation vote 90-8, stood in contrast to the seven months of uncertainty in the highest levels of the US military’s leadership.

After former Defense Secretary Jim Mattis was forced out of his post early on the first day of 2019, acting Defense Secretary Patrick Shanahan helmed the department until he suddenly withdrew from consideration for the full-time job in June amid reports of domestic violence among his family members. 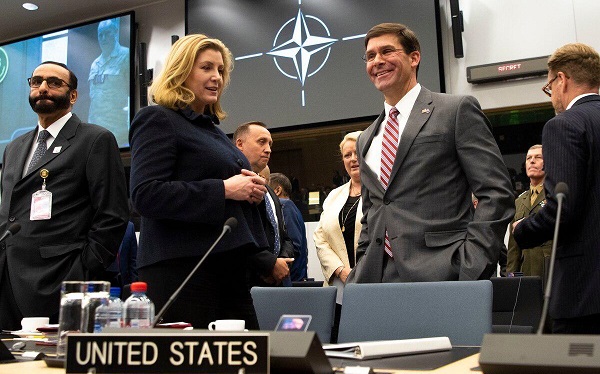 Esper, who until then had served as Army secretary for since late 2017, bounced between that job and the acting defense secretary job over the last five weeks. Lawmakers and military officials expressed concerns over the temporary, unclear leadership in recent months, especially as other top military posts were vacated.

Tuesday’s vote ends the longest period the Defense Department has gone without a permanent, confirmed leader since it became a Cabinet-level agency.