US Secretary of State Mike Pompeo met with the Pakistani Prime Minister Imran Khan on Tuesday, as the latter is on a visit to Washington.

Pompeo later tweeted that “Last year when I visited Pakistan, I talked about the need to build trust between our two countries. We are moving in the right direction and I hope to see continued progress in the days and months ahead, on peace in Afghanistan, counterterrorism, regional security, and trade”. 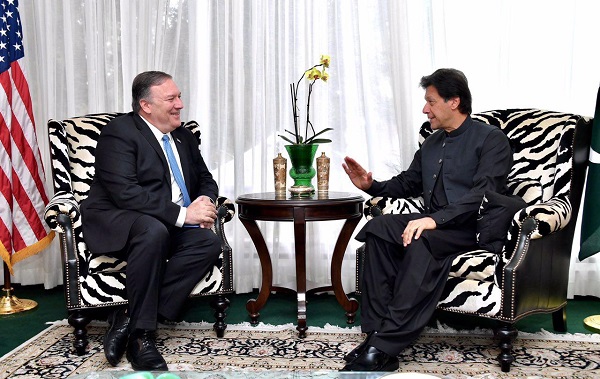 These remarks come after Khan met with US President Donald Trump, who spoke about many things which have triggered a negative reaction. Trump remarked that he could solve Afghan war but it would mean “wiping Afghanistan from the face of earth”.