Reza Ardakanina, the Iranian Minister of Energy visited Kabul on Tuesday as he was leading his country’s delegation.

He expressed the readiness of his country to assist Afghanistan in infrastructure development and trade.

Mr. Ardakanina made the remarks in a meeting with Dr. Abdullah Abdullah, the Chief Executive Office said in a statement. 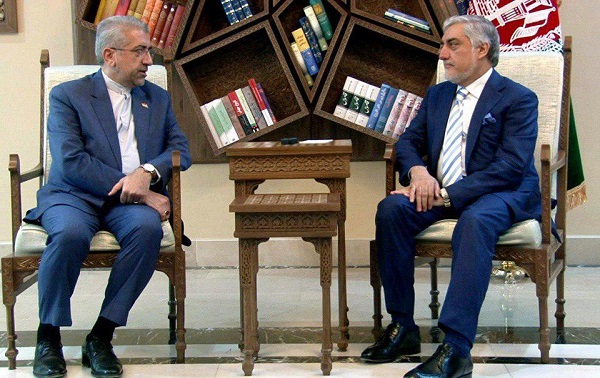 The statement further added that, the Minister of Energy of Iran praised the relations between the two countries in the meeting and emphasized on the development of cooperation in energy sector and optimal use of water in this field considering the climate change.

He stressed that Iran is ready to boost trade and also help Afghanistan in development of infrastructure.