The National Directorate of Security has announced that three individuals, two of whom are Pakistani nationals, were arrested for plotting a suicide attack in Kunar province.

NDS in a statement said on Wednesday that the NDS Special Forces arrested the individuals during an operation in the surroundings of Asadabad city. 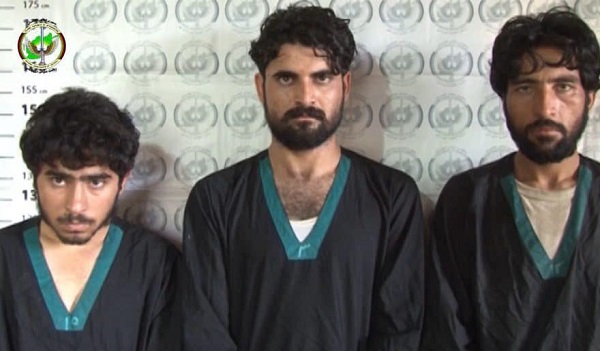 Ahmad, son of Ayoub Khan, who is originally a resident of Dir district was planning to facilitate a suicide attack with his Afghan counterpart Sadam, son of Habib, according to the statement.

The statement added the individual was looking to carry out the suicide attack against a security official in Asadabad city but was arrested by NDS forces before reaching target.

Meanwhile, the NDS said Qazi, one of the leaders of Taliban group, had appointed the 3-person network to facilitate and conduct the suicide attack.

The security forces also seized a suicide bombing vest and a pistol from the detained individuals, the National Directorate of Security said.