The Taliban claimed responsibility for the blast in Shah Wali Kot district in Kandahar on Wednesday morning that killed at least three police officers and injured 14, along with the district police chief.

Kandahar governor’s spokesperson Bahir Ahmadi said the incident happened at around 3:30 am near the police headquarters. 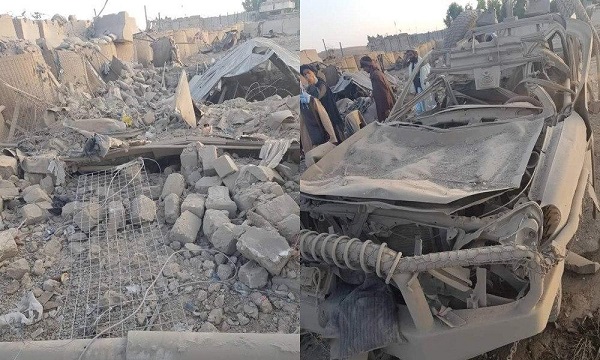 “We had information about a possible attack on police HQ and the forces were prepared. The suicide bomber was shot before he reached his target but his explosives detonated,” Ahmadi said.

The explosion radiated from the bomber’s car which left a crater at the site.

The blast shattered windows within a kilometre’s radius and destroyed several buildings nearby.

The Shah Wali Kot district building and police headquarters are located nearby other civilian buildings such as the agriculture department and a mosque.